Yes, that’s me behind that Union Jack overlay!

With respect to “Brexit,” it’s not my place to suggest a particular course of action to my British friends; I’m just an American of British ancestry and Anglophilic inclination watching this struggle from afar. (With, it must be said, acute interest, given that background!)

But for what little my opinion may be worth, it seems to me that the choice is very clear-cut: do you want to remain British, or do you want to become some new and nebulous thing called “European,” in the EU sense? (Obviously Britain is and will remain part of Europe in a geophysical and historical-cultural sense, I don’t think anyone’s arguing that point.)

If you want to become “European,” then vote “Remain.” If you want to stay British, vote “LEAVE.” There is certainly no shadow of a doubt in my mind what I’d do, if I were a Briton… there! I gave it away.

*whistles a few bars of “Rule Britannia,” and returns to my vantage-point on the sidelines*

“The moment of destiny has finally arrived.”

“The EU is not just undemocratic. It is an unaccountable, self-serving oligarchy that ruthlessly ignores or crushes the popular will in its drive to achieve political unification. None of the five EU Presidents is elected, nor are any of the 28 commissioners. The EU executive is so powerful that it can remove the democratically elected governments of Greece and Italy, yet its Parliament is so feeble that it cannot initiate any legislation.”

This infographic does a good job of breaking it down: 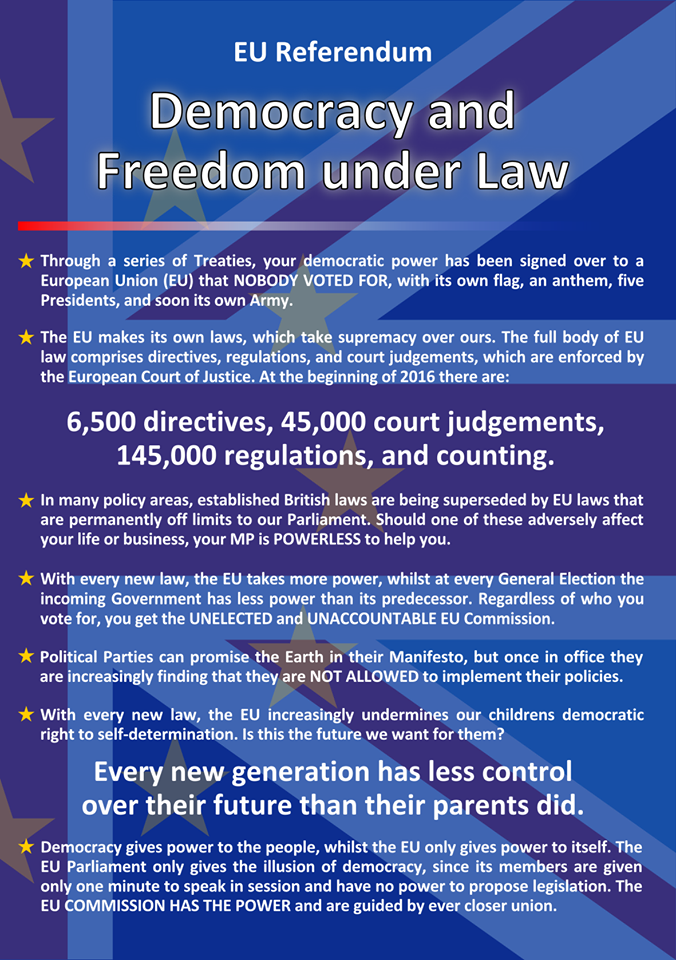 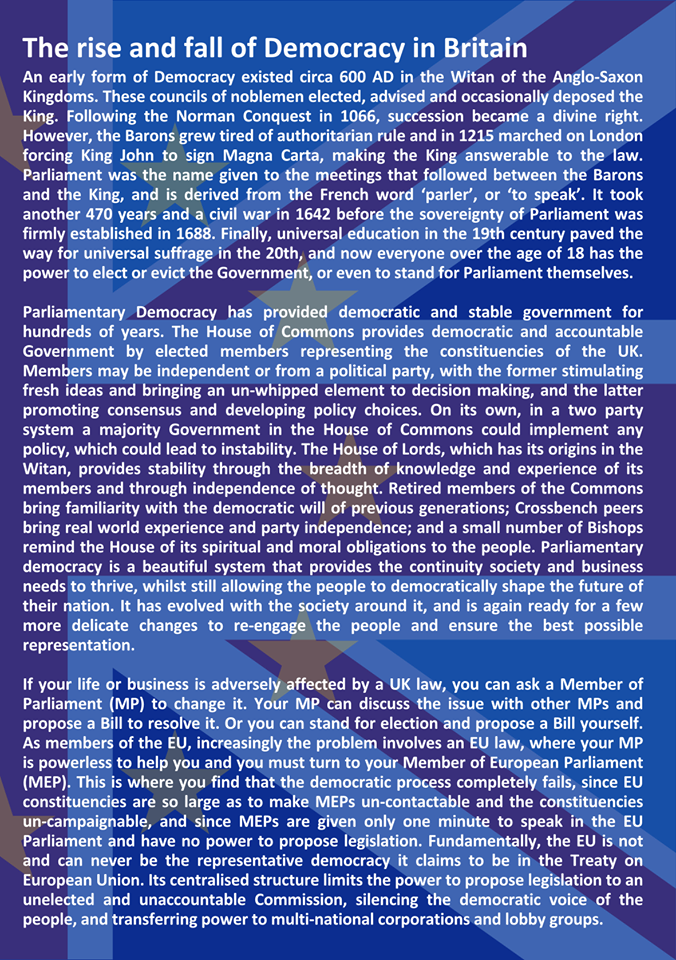 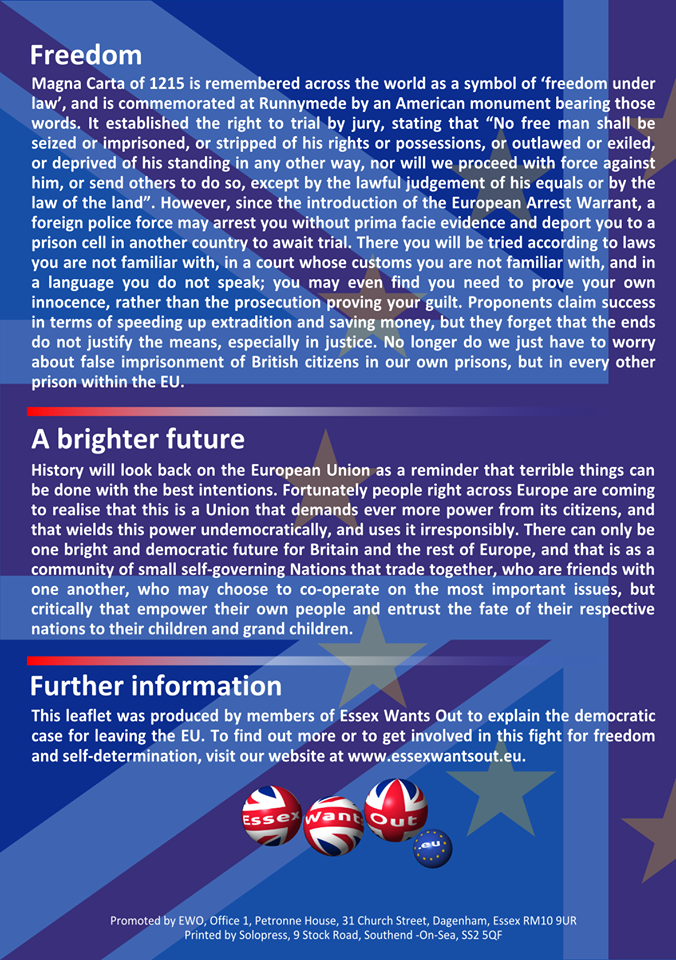 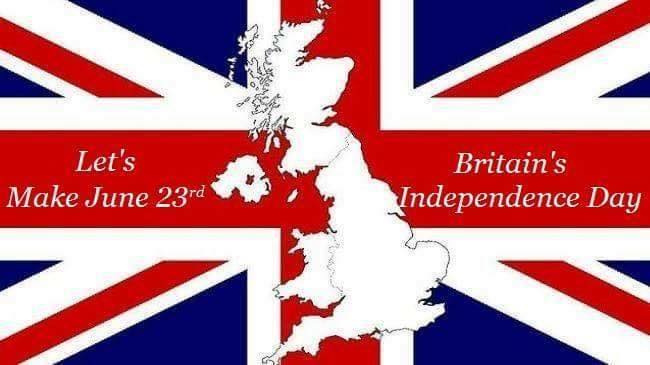 My sentiments on the subject, as a non-Briton of largely British ancestry?

The referendum on whether to “Remain” or whether to ‪#‎Leave‬ the European Union isn’t, or shouldn’t be, about partisanship, or how one feels on a specific issue, no matter how important that issue may be. It’s not about liking or disliking this or that political party, or political figure. It’s not about whether you think Labour, or the Conservatives, or UKIP, or even the Greens would do a better job of governing the UK.

It’s about whether the British people will remain independent and free to hash out such matters between and among themselves, or whether they will be subject to external authority and decisions made by people who may well not have their best interests at heart. It’s about British sovereignty versus serfdom to powerful European interests. That’s why I hope and pray the vote is “Leave”!

This meme says it well, I think: