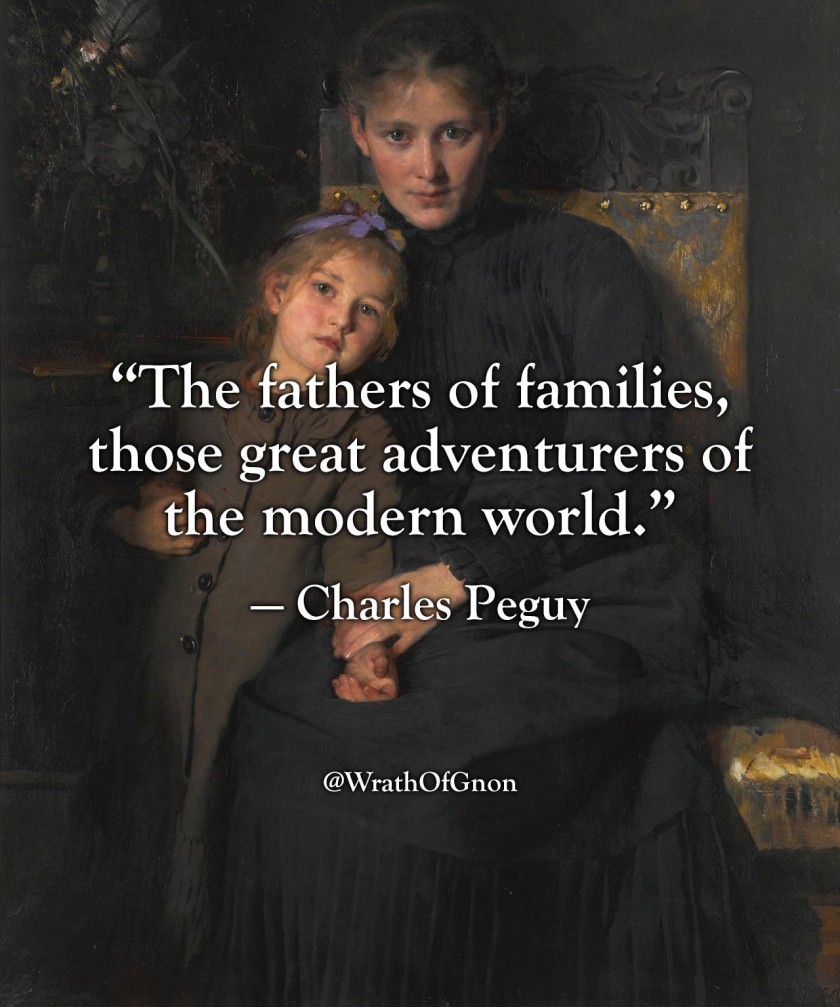 “I am afraid that our culture in general has reduced the role of fatherhood (along with marriage itself) to something nonessential or unnecessary.”

“During the colonial period in America men defined themselves by their level of community involvement and fatherhood. Marriage and fatherhood were seen as being among the highest aspirations in a man’s life. Today the highest aspirations of men seem to be career success and personal leisure; and against these they seek to balance marriage and family.”

These misplaced priorities come with many familial, religious, and social costs, as this article describes. Personally, I believe that the near-deification of both career aspirations and personal self-gratification — which can be seen as two sides of the same coin — are both varieties of idolatry.

The proper set of priorities, for both men and women, should in my view consist of God first, then family (with their relationship primary, and any children a very close second, but second nonetheless: children should never run the family), with economic endeavors being viewed as a means to the end of supporting the family and providing a good life for them.

Coupled with this should be the clear understanding that material “standard of living” is by no means synonymous with quality of life. One needs to be solvent, as a family; beyond that, love, caring, attention, and mutual support are far more important than mere “things.”

Finally, this article notes that “children tend to take their cues about domestic life from Mom while their conceptions of the world outside come from Dad. If Dad takes faith in God seriously then the message to their children is that God should be taken seriously.”

One more confirmation of the importance of the role of the father, and the responsibility that entails!