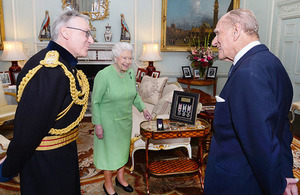 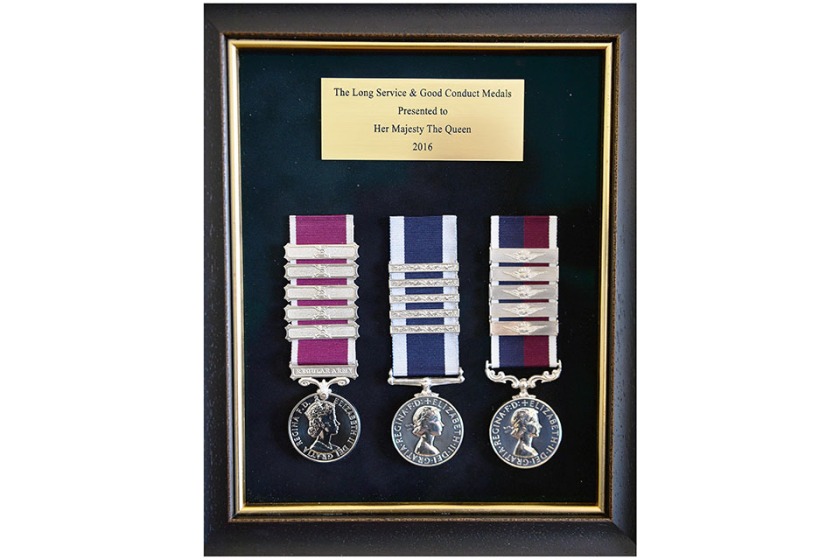 Her Majesty The Queen and His Royal Highness The Duke of Edinburgh both received their Long Service and Good Conduct medals at Buckingham Palace today (Tuesday).

“The Queen received three medals, one each for the Royal Navy, Army and the Royal Air Force in her capacity as Commander in Chief of the Armed Forces – a position she has held since her accession to the throne in 1952. Each medal has five bars on its ribbon, denoting 65 years of service. The Duke Of Edinburgh received a Royal Navy Long Service & Good Conduct medal, with six bars on the ribbon, to recognise 75 years of service.”