St. Luke’s account of the Incarnation of our Lord and Saviour, Jesus Christ, in the words of our ancient ancestors. 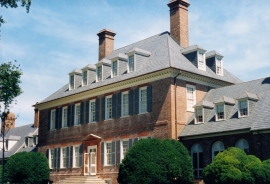 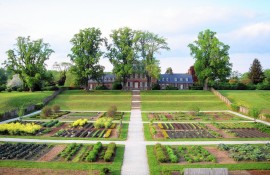 Carter’s Grove, one of the country’s most significant examples of Georgian architecture, survived the Revolutionary War and the Civil War.

Attacked in recent years by insects and damaged by water, the property on the north shore of the James River in James City County was in danger of falling into disrepair until a Chicago businessman bought the property about 8 miles southeast of historic Williamsburg in 2014 for $7.2 million — and took on the monumental task of preserving it.

While I am sorry it is no longer part of Colonial Williamsburg, I am very glad Carter’s Grove – one of the finest examples of a Georgian-era stately home in the United States – is being restored by someone who cares about the place! It was a feature of just about every visit to Williamsburg with my family, when I was growing up, and we went often. I hope the owner will open it to the public once again, when the restoration is complete. But in any case, it’s good to know the work is being done!