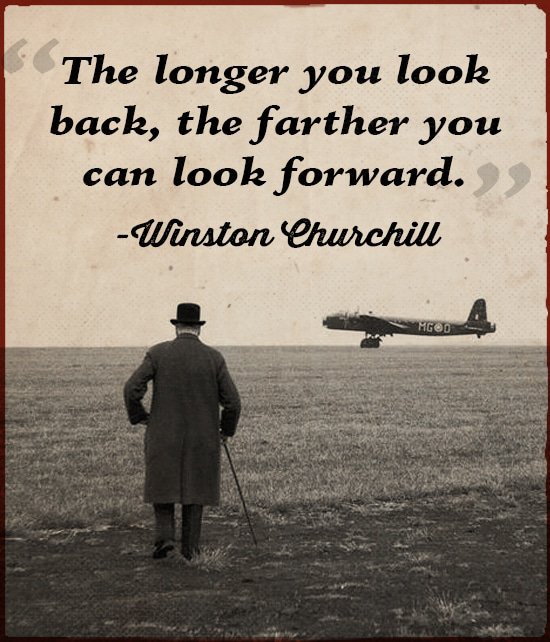 Men the world over should embrace a nostalgic and balanced love for history.

Source: Why It’s Important to Know History | The Art of Manliness

“Churchill’s love of history was abiding and his knowledge profound. Memorizing dates and place-names has always been the bane of schoolchildren. Yet for a few, Churchill assuredly among them, history is more than a time line, more than the sequencing and parsing of collective memory. In those such as Churchill, history, by way of imagination and discipline, becomes part of personal memory, no less so than childhood recollections of the first swim in the ocean or the first day of school. Churchill did not simply observe the historical continuum; he made himself part of it… He did not live in the past; the past lived on in him.”

Churchill believed that history was not simply a matter of intellectual interest or a source of cocktail party fodder, but rather offered invaluable insights on how to proceed in the present and plan for the future… To immerse oneself in history is to discover that rather than being some disconnected being floating in the meaningless ether, you are part of a long line of progenitors, and your personal story is a continuation of a narrative thousands of years in the making. It roots you — inspires you to add something worthwhile to the tale, not only on the macro, but on the micro level as well… You are treading a path that was once even more difficult to traverse; your ancestors made it through, and so shall you…

While being nostalgic for the past often gets criticized as a narrow, ignorant perspective, it can in fact be a springboard for building something truly great in the present. It is perfectly possible to be fully aware of the faults and flaws of a previous period, and the men who sometimes stumbled through it, and yet still be thoroughly inspired by the myth of that heroic “golden age”… At its best, nostalgia doesn’t result in an effort to entirely recapture a past age, but instead inspires an attempt to take the best aspects of that past, and wed them to the best parts of the present in order to create a magnificent synergy of tradition and modernity.

The Art of Manliness is a blog / website / niche social media platform which I cannot possibly recommend highly enough. This essay is only one of the many jewels that can be found in its storehouse.