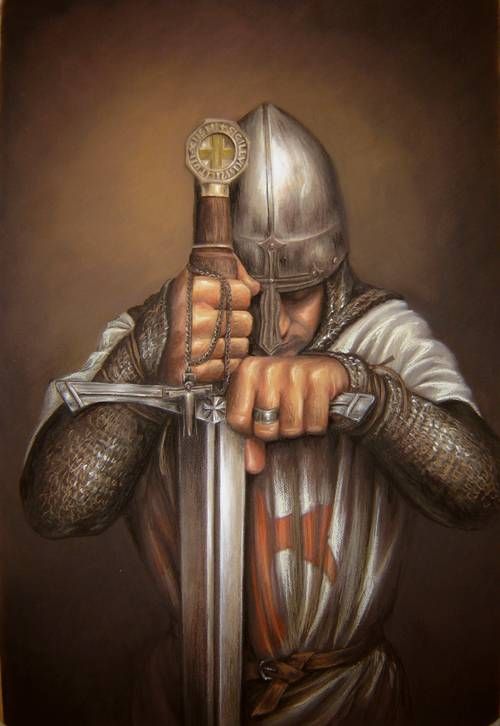 I have been thinking, deeply, about the crisis – or perhaps one ought to say, converging crises – facing the West at this time in our history. And I have come to the conclusion that the primary problem facing our Western civilization in dealing with Islamist terrorism and, more broadly, the multi-pronged (religious, paramilitary, socio-cultural, and as a sub-set of the latter, sexual) jihad against us, is not simply that Christians are too nice for our own good. We may well be, but the root problem goes deeper than that.

The real problem, I think, is that far too many Christians have lost their faith. I am not talking about the atheists, militant or otherwise; I am not even talking about the “nones” (Religious Affiliation? None of the Above), although the growth of both is concerning. I am talking about professed Christians who, while they may still accept the moral codes and social norms (however diluted or creatively interpreted) of Christianity, have nonetheless lost sight of the core principle: namely, the identity of Christ Himself, within the doctrine of the Holy Trinity (one God in three Persons: Father, Son, and Holy Spirit).

Why do I say that? Simply this: if you really and truly believed that Christ is the only and eternal Son of God, the Incarnate Word of the Father –

the only-begotten Son of God; Begotten of his Father before all worlds, God of God, Light of Light, Very God of very God; Begotten, not made; Being of one substance with the Father; By whom all things were made,

in the words of the Nicene Creed, which has defined the essentials of the faith since 325 AD – then it would matter to you, and matter deeply, that Christians are being murdered en masse in the name of Islam, in the Middle East, Africa, and elsewhere; that churches in Europe are emptying at an alarming rate, and many of them are either being destroyed or turned into mosques; that according to some reports, as many as 40% of Moslems, ordinary Moslems, in the West would prefer to live under Sharia law; that Islamists – and not just ISIS terrorists, but relatively ordinary Moslem preachers and relatively ordinary Moslem believers – are actively calling for and expecting the conquest of the West by Islam, the imposition of Sharia for Moslems living in Western countries, and other special privileges for Moslems not granted to followers of any other religion.

As Italian journalist and author Giulio Meotti puts it, writing for The Geller Report,

“Europe as we know it is disappearing under the weight of falling birth rates, de-Christianization and Muslim proliferation. The great Medieval churches were built to assert pride, and conversely, the sight of an abandoned church or in ruins today sends a strong message. A world is being eclipsed.”

This is happening not in the Middle East – once the cradle of Christianity but now an area where the followers of Mohammed reign supreme – but from Dearborn, Michigan, to Birmingham, England; from Stockholm, Sweden, to Nice, France.

And with only a few notable exceptions, Christians – including Christian leaders, and yes, I am also including the Pope, the Bishop of Rome, Vicar of Christ, Heir of Peter, Pontifex Maximus, leader of 1.2 billion Roman Catholics, in this category – stand by and say nothing. The silence is deafening. Or at most they mouth pious platitudes, or call for “tolerance,” “diversity,” and “inclusion.” News flash: our enemies are not tolerant, nor are they inclusive; they seek not diversity but sameness: the Dar al-Islam over the entire world. They are not likely to be swayed or stopped by calls for tolerance, diversity, and inclusion, nor will they practice these ideals, if they ever do achieve dominance in the West.

I have commented before that while the word “cucked,” used by some to describe the current situation (and much of the leadership) in the West, is an ugly word, it is also an appropriate one, since it refers to passively allowing, or perhaps even aiding and abetting, the sexual conquest of one’s wife by another man. I think it is not too extreme a statement to say that we are witnessing, and too many are ignoring or even abetting, the rape of Western civilization by, not “radical” Islam, but orthodox Islam: Islam practiced the way its prophet intended it to be practiced. And too many professed Christians, far too many, are standing idly by and allowing this to happen, or even facilitating it, by their actions and attitudes.

I am very well aware that Our Lord instructed us to “love your enemy, and pray for those who persecute you.” But I am reasonably confident that He did not mean to love them to the point of allowing them to destroy Christianity itself. And I know we have been promised that the very Gates of Hell will not prevail against the Church. But that does not mean we are supposed to sit passively by, either. That is a cop-out.

Short of the Second Coming itself – of which day and hour no man knows, so expecting God to solve our problems for us in that way is also a kind of cop-out – we are God’s hands in the world; we have a responsibility to God and our fellow-man to do His work: and that includes defending the faith, and those who practice it, from those who mean them harm. Lovingly, yes; not in hatred. We should not cease to pray for our enemies, that God would convert them and give them better hearts. But firmly, and by whatever just and lawful means necessary.

What we are dealing with is nothing short of an invasion. It is an invasion by stealth, in many respects – although some of those pouring across the borders of certain European countries have been anything but stealthy in their actions – one making use of judicial and legislative processes, social pressure and shaming, and with a long-term goal in mind, birthrate (the birthrate in Islamic areas is far higher than the below-replacement birthrate in Europe, and even America is slipping): most of those Moslems coming into Western countries are male, and many of them make no secret of their intention to take European women as wives, to breed still more Moslems in the heart of Europe.

The society that welcomes invaders, even encourages them, is a society that is doomed. We are not doomed – yet – but we are already way too far down that slippery slope. I would like to see Western governments begin to take the necessary steps – drastically curtailing legal immigration from Islamic areas, taking whatever steps necessary to repel illegal immigration, and deporting or interning, as required, those already inside Western countries.

But even more than that, I would like to see the Christian Church begin to take the lead in defending both the Faith, and what was once called Western Christendom. Indeed, let us reclaim both the name and the concept of Western Christendom! Let us start acting like we actually do believe what we claim to believe: that Christ is King, that He is the only and eternal Son of the Father, the Incarnate Word of God, through Whom all things were made, and that this faith is worth defending, worth fighting for.

Christ our Lord is indeed the Prince of Peace. But sometimes peace must be defended, actively and assertively, or there will be no peace at all.

Unless, of course, the “peace” you seek is submission to Allah.