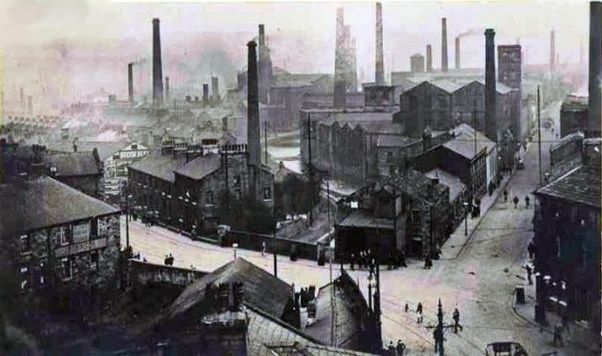 Our research shows that a region’s historical industries leave a lasting imprint on the local psychology, which remains even when those industries are no longer dominant or have almost completely disappeared.

I have long believed, and occasionally commented, that industrialization (and I would include its close ally, urbanization, since the two are closely and perhaps inextricably linked) is an unnatural and therefore intrinsically harmful condition for human beings. This study tends to give credence to that belief.

I certainly concur with its conclusion, that “the effect of the Industrial Revolution seems to be more toxic and far-reaching than previously thought. While massive industrialization brought unprecedented technological and economic progress, it also left a [negative] psychological legacy that continues to shape the personality traits and well-being of people currently in these regions.”

It is true that some people seem to thrive in urban environments. But if you look at the phenomenon closer, I believe you will discover that most, if not all, of these are people who occupy a sufficiently high socio-economic bracket that urban living is a choice, not a necessity – that is, they come to the city, or even live there, for the cultural and other amenities, but are able to escape to less-congested areas on a regular basis – or whose personality is such that the more diverse and intense opportunities found in urban areas outweigh the more negative aspects.

(Or, in some cases, who are highly predatory, and find urban areas to be an amenable hunting ground!)

Also, at least in the United States, most urban areas these days are post-industrial, the U.S. having – for better or for worse – managed to “off-shore” or automate a lot of its heavy manufacturing and other industrial production; so that the worst effects of the industrial era, from extreme pollution to grinding assembly-line work, are largely things of the past.

That does not make urban living benign, however. For most people, most of the time, studies have shown repeatedly that urban environments have more negative effects – psycho-emotionally, physiologically, and even cognitively – than more natural areas. Indeed, there is a large and growing body of research conclusively demonstrating the benefits of nature on physical and mental health and overall well-being.

I am reminded of G.M. Trevelyan’s warning that,

“We are literally children of the earth, and removed from her our spirits wither or run to various forms of insanity. Unless we can refresh ourselves at least by intermittent contact with nature, we grow awry.”