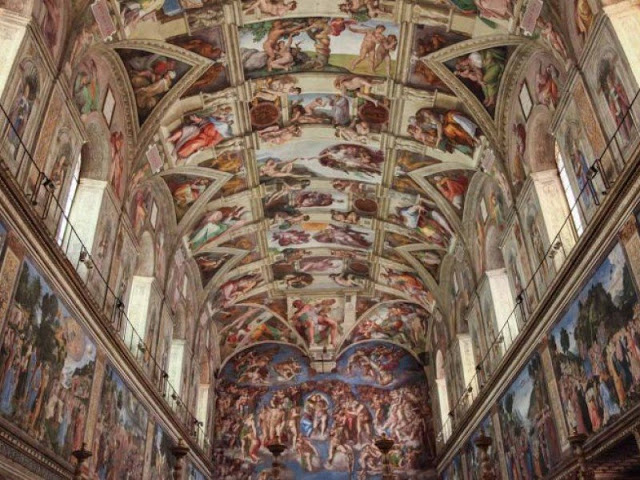 European Identitarians should recognize that Christianity has always recognized the importance of European identity and its own contribution to this identity.

Source: Refuting the Anti-Christian Animus On The Alt-Right

As I have noted previously, I am coming increasingly (if somewhat reluctantly) to view myself as an Identitarian:

not as a political statement, but as a simple and incontrovertible fact, an expression of biological (and in the case of my European identity, cultural and historical) reality. It is the actions and reactions of people on the Left that are gradually forcing me to view this [European] identity in more socio-political terms: my heritage, both genetic and cultural, is under attack, and that unfortunate fact forces me to defend it… Like a lot of folks, I mainly want to be left alone. But I also want my people to be left alone, and not to be subsumed, oppressed, overrun, interbred, or replaced. So I suppose that makes me an Identitarian… and if so, so be it. I did not choose the label, or the fight; both were forced upon me.

But what has been very frustrating to me – both as a Christian, and as a Christian clergyman – is the extent to which many of those who share this approach are sneeringly dismissive of Christianity. Some of these are the sort of militant atheists who dismiss any religion as “fairy stories” – ignoring both the fact that fairy stories often contain encoded within them deeper and more vital truths, and also the wisdom of no less a figure of contemporary atheism than Richard Dawkins, who famously tweeted,

Before we rejoice at the death throes of the relatively benign Christian religion, let’s not forget Hilaire Belloc’s menacing rhyme: “Always keep a-hold of nurse, For fear of finding something worse.”

In other words, even if you don’t believe a word of it, mere enlightened self-interest dictates supporting Christianity as a bulwark against more menacing alternatives – such as, for example, militant Islam.

But the even more central truth that European Identitarians – particularly those who consider themselves some species of European Pagan – tend, sadly, to forget is that much of what has made Europe recognizably Europe over the last two centuries results precisely from the fusion of the Classical (Greco-Roman) and Germano-Celtic branches of pre-Christian (Pagan) Europe with the (then-) new faith of Christianity.

It was a particularly advantageous fusion, and one which led to considerable mutual enrichment, and a great fluorescence of culture on the European continent. I am generally quite sympathetic to European Paganism, having particular respect and appreciation for the Celtic and Norse/Germanic branches. But if we would revert Europe to its pre-Christian state, the simple truth is that we would revert it (at least, as regards Northern Europe, whose proponents are generally the most vocal in attacking Christianity) to an age of mud huts and blood-feuds.

I do not forget the impressive accomplishments of the pre-Christian world of Hellenistic (Greco-Roman) antiquity. But it was nonetheless the Age of Faith that raised the great cathedrals and uncounted other architectural marvels; that inspired great art and magnificent music, from Gregorian chant to Baroque; that gave even the oft-warring kingdoms of Europe a larger identity as part of Christendom; and which defended that European Christendom against Muslim invasions, from the 8th through the 17th centuries.

For Europeans to reject Christianity is, as my late mother would have put it, “cutting off your nose to spite your face.” So I am very glad to see someone from the European Identity camp mount a spirited defense of the faith, as Richard Storey has done in this essay.

He addresses three allegedly (according to its critics) unique and damaging traits of Christianity, which those opponents claim to be “the great mutations” of the allegedly pure Europeanism that predated Christianity – mutations “that gave birth to the secular ideologies of [modernism]”: individualism, egalitarianism and progressivism.

That these ideas – at least in the extreme and unbalanced form in which they are found today – are indeed “mutant” ideologies, and as such are dangerous and ultimately destructive of human life and flourishing, is a viewpoint with which I cannot disagree. But that that they are unique to Christianity, or that the Christian faith is responsible for promoting them to an inappropriate degree, is the idea that needs challenging, and challenge it Storey does.

He also points out that

“Other claims in need of addressing are the revival of the defunct Nietzschean idea that Christianity is a slave ethic, produced by Jews to weaken the Roman Empire through the promotion of meekness as goodness etc., and the beliefs that Europe was and would be more peaceful without Christianity or that Christianity is somehow anti-white/European identity.”

These false claims are also addressed in his essay. Read, mark, learn, and inwardly digest!

“It is quite legitimate for nations to treat those differences [e.g., distinctions between ethnic nationalities] as a sacred inheritance and guard them at all costs. The Church aims at unity, a unity determined and kept alive by that supernatural love which should be actuating everybody; she does not aim at a uniformity which would only be external in its effects and would cramp the natural tendencies of the nations concerned. Every nation has its own genius, its own qualities, springing from the hidden roots of its being. The wise development, the encouragement within limits, of that genius, those qualities, does no harm; and if a nation cares to take precautions, to lay down rules, for that end, it has the Church’s approval.”