The newest member of the British Royal Family – Prince Louis!

On 27th April 2018, The Duke and Duchess of Cambridge announced that they would name their child Louis Arthur Charles. He will be formally known as His Royal Highness Prince Louis of Cambridge.

The Duke of Cambridge took Prince George and Princess Charlotte, his older brother and sister, to visit him at the hospital on the day Prince Louis was born: 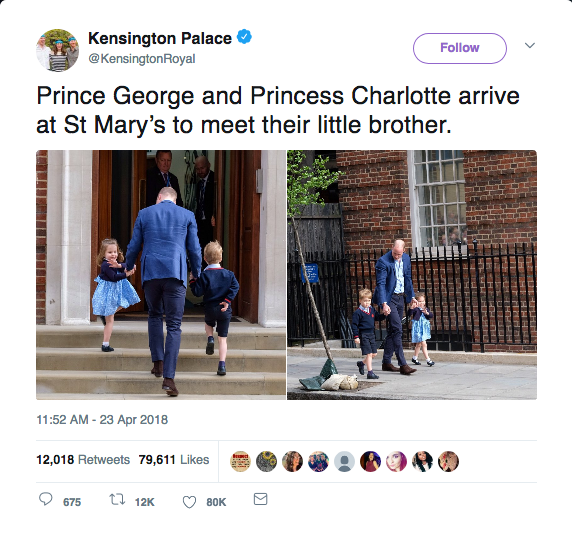