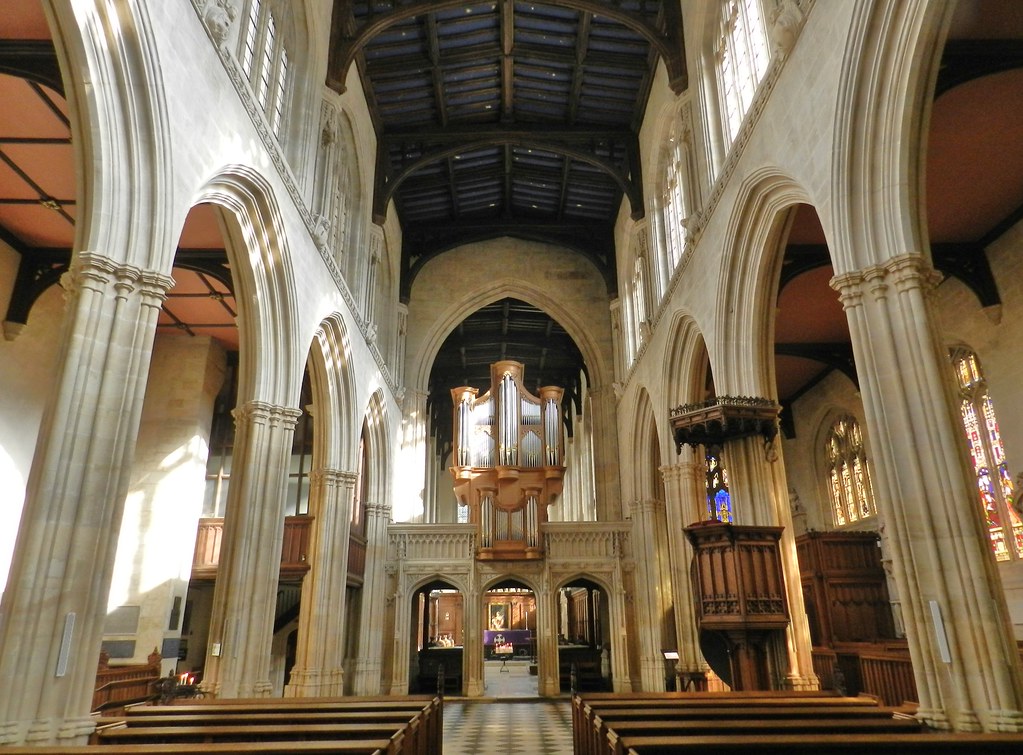 Most Anglo-Catholics know that 185 years ago today, John Keble ascended the pulpit at the University Church of St Mary’s in Oxford to deliver the sermon at the opening of the Assize Court. If the date is not remembered, the result certainly is…

“Most Anglo-Catholics know that 185 years ago today, John Keble ascended the pulpit at the University Church of St Mary’s in Oxford to deliver the sermon at the opening of the Assize Court. If the date is not remembered, the result certainly is. John Henry Newman wrote that this sermon, easily forgotten during any other time, was the beginning of the Oxford Movement.”

The UEC, parent jurisdiction of the Oratory of St. Bede the Venerable and St. John’s Church, Westminster, is not located on the Anglo-Catholic wing of traditional Anglicanism, but rather considers itself Reformed Catholic, being devoted to the classic formularies of the Anglican tradition, and sometimes tends to look askance at the Oxford Movement (which admittedly, in its later manifestations, became rather ultramontane). Yet this essay makes some excellent points, noting that John Keble’s Assize Sermon of 1833,

“entitled National Apostasy, is unexpectedly good. Once you get through the dense beginning and understand the building argument, it not only speaks clearly to the times in 1833 but it has a remarkable resonance in 2018.

“In a nutshell, this is Keble’s argument:

“Like Samuel’s Israel, we prefer the lure to live in prosperity and so-called freedom like other non-Christian nations. Nations, and by-extension individuals, find justification for throwing off the yoke of Christ and the demands of discipleship. We look to threats outside and threats within to abandon godly principles (sound familiar?). We then blame government or religion for our ills and never ourselves. We rationalize and excuse every decision and act. We become so tolerant that we believe nothing and we persecute those who believe in the name of inclusion (oh my goodness!). This rebellion moves from individuals to public officials. The officials begin to attack Christ by attacking His Church, beginning with apostolic authority – bishops. This attack will come in the name of popularity and expediency…

“Keble calls the Church to follow the example of Samuel through constant intercession, which then gives grounding and strength to protest. Christians should continue to glorify God in their daily lives and routines and should not be so consumed with the concerns of the day that they neglect ordinary duties, especially prayer and devotion. This is an important point he makes. While we may not live to see wrongs righted, we are on the right and, ultimately, victorious side.

“Every one of his points deserves further reflection and exposition, but is this not the climate of 2018?”

I would certainly say that there are plenty of similarities and parallels! The article goes on to point out – cogently, I think – that

“The Catholic Revival in the Church of England had nothing to do with gin, lace, and backbiting, as is often caricatured. Yes, elaborate ritual and church building followed in the next generation, but this was a logical development of the belief that the Church is not the same as the Post Office. [Or, as I sometimes put it in defending the use of traditional language in worship, “The liturgy – the worship of God – is not Uncle Joe’s barbecue.”] The Holy Eucharist is the source and summit of our lives and not the same as chicken tetrazzini at the weekly Rotary Club. The development of ritual and devotion was the servant, the handmaid, to the truths Keble turned our minds to 185 years ago.”

May they never be forgotten!