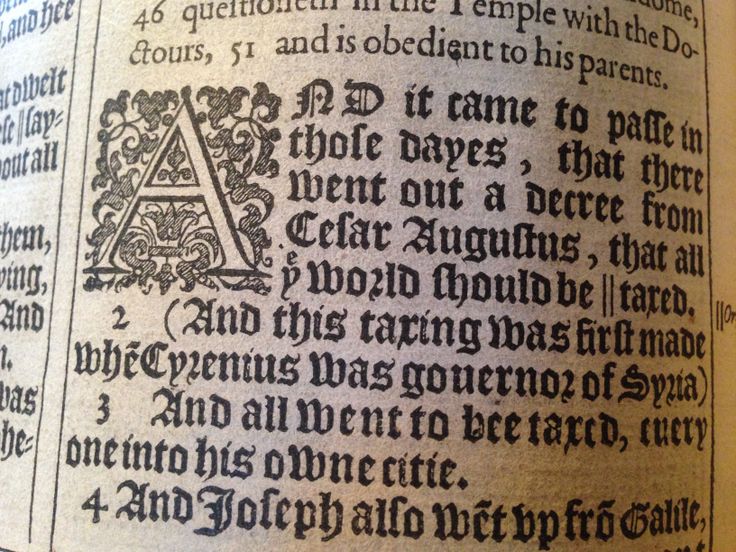 From Power and Glory: Jacobean England and the making of the King James Bible (excerpt courtesy of Robert M Shivers):

Luke 1:57 Now Elisabeth’s full time came that she should be delivered; and she brought forth a son. (King James Version)

Luke 1:57 Now the time came for Elizabeth to have her baby, and she gave birth to a son. (New English Translation)

That is a descent to dreariness, to a level of banality… The modern world had lost the thing which informs every act and gesture… of the King James Bible, and of that incomparable age: a sense of encompassing richness which stretches unbroken from the divine to the sculptural, from theological to cushions, from the sense of beauty of the created world to the extraordinary capabilities of language to embody it.

This is about more than mere sonority or the bees-waxed heritage-appeal of antique vocabulary and grammar. The flattening of language is the flattening of meaning. Language which is not taut with a sense of it’s own significance, which is apologetic in its desire to be acceptable to a modern consciousness, language in other words which submits to its audience, rather than instructing, informing, moving, challenging and even entertaining them, is no longer a language which can carry the freight the Bible requires. It has, in short, lost all authority.

The language of the King James Bible is the language of Hatfield, of patriarchy, of an instructed order, of richness as a form of beauty, of authority as a form of good; the New English Bible is motivated by the opposite; an anxiety not to bore or intimidate. It is driven, in other words, by the desire to please and, in that way, is a form of language which has died.

Indeed! One of my favorite passages is the great Christmas story, from the 2nd Chapter of the Gospel according to St. Luke. See, for example, Luke 2:7 – in the Authorized (“King James”) Version, it reads,

7 And she brought forth her firstborn son, and wrapped him in swaddling clothes, and laid him in a manger; because there was no room for them in the inn.

The Revised Standard Version (RSV), which sought to retain many of the rhythms and much of the imagery of the KJV, isn’t bad:

7 And she gave birth to her first-born son and wrapped him in swaddling cloths, and laid him in a manger, because there was no place for them in the inn.

But in the New Revised Standard Version, things start to fall apart:

7 And she gave birth to her firstborn son and wrapped him in bands of cloth, and laid him in a manger, because there was no place for them in the inn.

“Bands of cloth”…??? Really? What are we talking about, here, Ace bandages?

The NIV (“New International Version”) is even worse:

7 and she gave birth to her firstborn, a son. She wrapped him in cloths and placed him in a manger, because there was no guest room available for them.

“No guest room”…? This isn’t the Best Western we’re talking about, here, folks.

“The flattening of language is the flattening of meaning” – and it doesn’t get a whole lot flatter than that. Well, maybe I shouldn’t say that. Never say “it couldn’t get any worse,” someone is liable to prove you wrong. Shaking my head…….

There is more than a little truth to this.

Although there is also considerable truth in one commenter’s assertion that, “For the ‘woke’ historian, to the East-West Schism (1054).”