The 2020 presidential campaigns have just begun, but on the issue of gun control, we’re already hearing a common refrain from numerous candidates: The Second Amendment does not protect anyone’s right to own, as they put it, “weapons of war”…

Source: The Right to Bear Which Arms? – 2A Interpretation and the Federalist Papers | The Truth About Guns

But of course, as the linked essay accurately points out, this point of view is absolutely and categorically incorrect. In fact, it is 180° false and wrong-headed. It is precisely ownership of “weapons of war” that the Second Amendment does protect! As Mark Houser, author of this essay, puts it,

“The Second Amendment unambiguously protects our right to own ‘weapons of war.’ That is, weapons suitable not just for sport, but for combat.

And he also correctly notes that

“Gun control proponents are quick to point out that Madison and his contemporaries didn’t imagine the sort of weapons that exist today. That’s probably true, but it’s irrelevant to the question at hand.

The Anglophilic Anglican adds: although that will be next, if we lose the 2nd Amendment – the one that guarantees all the others. Or maybe the 1st Amendment will be the next victim. By that point, it hardly matters… At any rate, Houser continues:

“Technological development doesn’t change the fundamental nature of the rights that the Bill of Rights seeks to secure.”

Amen. Read the whole thing. It’s worth it. We need to understand these matters, and be clear about them when it comes to political discourse! For too long we have let the Left define the terms of the argument. That needs to change.

A Harvard study reveals that children who had a religious upbringing will likely be healthier and have a higher degree of well-being in early adulthood.

While this is no surprise to me, or probably to most of those who read this blog, what is most saddening is that it probably does come as a surprise to many in the wider culture.

“Train up a child in the way he should go: and when he is old, he will not depart from it.“ 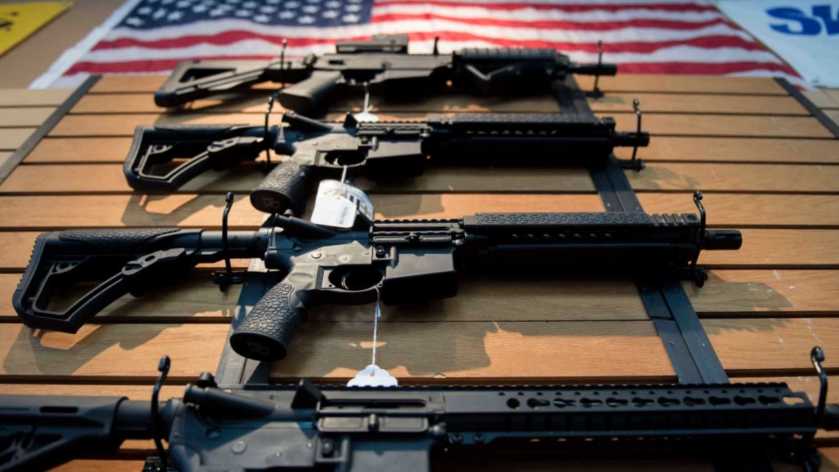 America had plenty of guns when its mass murder rate was much lower.

Source: PRAGER: Why So Many Mass Shootings? Ask The Right Questions And You Might Find Out | Daily Wire

“America had plenty of guns when its mass murder rate was much lower… Given the same ubiquity of guns, wouldn’t the most productive question be what, if anything, has changed since the 1960s and ’70s? Of course it would. And a great deal has changed. America is much more ethnically diverse, much less religious. Boys have far fewer male role models in their lives. Fewer men marry, and normal boy behavior is largely held in contempt by their feminist teachers, principals and therapists. Do any or all of those factors matter more than the availability of guns?”

I suspect most regular readers can guess my response to this question. And it will probably not surprise you, either, that I agree with Dennis Prager when he comments,

A [2016] report from Johns Hopkins University scholars Lawrence Mayer and Paul McHugh revealed that there is no scientific evidence for the theory that people are born gay or transgender, and that mental health problems among the LGBT community cannot fully be explained by discrimination.

Source: People Are Not Born Gay or Transgender, According to 2016 Johns Hopkins Study

Hmmmmmmm…. am I the only one who sees a discrepancy in this?

Ironically, some of these same people like to stress “science” and “reason” against what they see (usually incorrectly, though there are exceptions) as the merely subjective, judgmental prejudices of folks on the conservative end of the spectrum.

“The study breaks down in three parts: First, Mayer and McHugh examined whether homosexuality is an inherited trait, and concluded that people are not simply ‘born that way.’ Second, they looked at the causes of the poor mental health associated with gay and transgender people, concluding that social stress does not explain all of it. Finally, they studied transgenderism, concluding that it is not innate and that transgender ‘treatments’ are associated with negative outcomes.

“The report found insufficient evidence to back up the idea that people are born with innate sexual attractions… ‘Studies of the brains of homosexuals and heterosexuals have found some differences, but have not demonstrated that these differences are inborn rather than the result of environmental factors that influenced both psychological and neurobiological traits,’ the report explained.”

Asked about potential criticism that the study supports a particular sociopolitical narrative, co-author Mayer was emphatic:

“‘Every line in this I either wrote or approved of,’ [he] told The Christian Post. ‘There is no bias either way. The bias is just towards science.'”

“Science is neither conservative nor liberal, but it does provide many reasons to be skeptical of the LGBT narrative.”

Definitely worth a read. Be sure you click on through to the second page!