An increasingly belligerent Iran has now seized a British tanker, and the UK and its Royal Navy seems, to all appearances, to be almost helpless to respond, or at least to respond promptly, sufficiently, and effectively.

“Another factor looming large over all response options must be the reality that the Royal Navy no longer has sufficient warships to dedicate to escorting maritime traffic through the Gulf and at the same time maintain its other commitments around the world.

“I know such an operation would be done as part of an alliance but it is troubling that a maritime nation like the UK, which is also a permanent member of the United Nations Security Council, is no longer able to offer even the semblance of a sovereign capability to protect its interests at sea.”

Indeed! The author of this piece continues,

“This did not happen by chance. The degradation of the Royal Navy and the rest of the armed forces has been a political choice since the end of the Cold War.”

Even the United States has been and is dealing with this; our own Navy is shrinking, and so is our much-vaunted technological edge over near-peer adversaries. This is despite having been in a near-constant state of war since 2003: those conflicts are asymetrical, against insurgents, and have not provided the impetus for developing the resources needed to deal with near-peer adversaries – especially if we end up at war with more than one of them at the same time, which is entirely possible.

If our situation is bad, that faced by the UK is much worse – in part because, since the end of the Cold War, there has been a widespread assumption that a) the era of Great Power conflicts is over, and b) that the rest of the West can shelter behind the American shield: while there is some resentment against the U.S. acting as the “world’s policeman,” the reality is that much of what’s left of the West relies on us taking precisely that role – a role for which the American public, understandably, seems to be losing a lot of its stomach.

With respect to the UK,

“when Britain last helped to provide escorts to tankers in the Gulf during the Iran-Iraq war, the Royal Navy had well over 40 frigates and more than a dozen destroyers. Fast forward to today and the force stands on paper as 13 frigates and six destroyers, though not all are in working order, with a fully-manned crew of sailors and sufficient weapons and spare parts to be able to operate effectively.”

Is it any wonder that Iran smells weakness, and acts accordingly? It’s not that the U.S. is unable or necessarily unwilling to take a leadership role. But the other Western powers are going to have to start taking a more active role in their own defense, and that includes the UK. Yes, it’s true that Royal Navy ships are high-tech and capable; but if there aren’t enough of them, there aren’t enough of them.

I’m reminded of the era when Defense Secretary Rumsfeld sought to make the US military – and in particular, the US Army – “leaner and meaner.” Again, we had good “stuff,” but we didn’t have enough soldiers, and we learned that in Iraq: yes, we could take apart the Iraqi Army in nothing flat. But we found ourselves unable to hold what we had taken, once the insurgency started.

“Hulls on the water” are the naval equivalent of “boots on the ground.” It doesn’t matter if you have the most capable destroyer on the planet, if it’s in the South China Sea when it’s needed in the Straits of Hormuz (or vice versa), and there another one to send in its place, you’re SOL.

Britain is not going to be again the sea-power that it was in the 18th and 19th centuries, or even the early years of the 20th; it had an empire to draw on, then. The Anglophilic Anglican sings “Rule Britannia” with great gusto and fervor, but also a sense of both nostalgia and realism! Still, even if the sun no longer fails to set on the British Empire, Britain needs to do better than it’s doing right now.

And the West in general needs to get off its collective hindquarters, stop worrying about off-the-wall and largely artificially-created (or fomented) “social justice” issues, and re-focus on our own defense, including military (including border), economic, and cultural security. If we do not, there are some very dark days ahead.

Of course, there are, anyway. But they’ll be darker than they need to be, if we continue on our present course.

Note: There are reportedly two additional Royal Navy warships en route to the Persian Gulf, along with Royal Marine commandos: 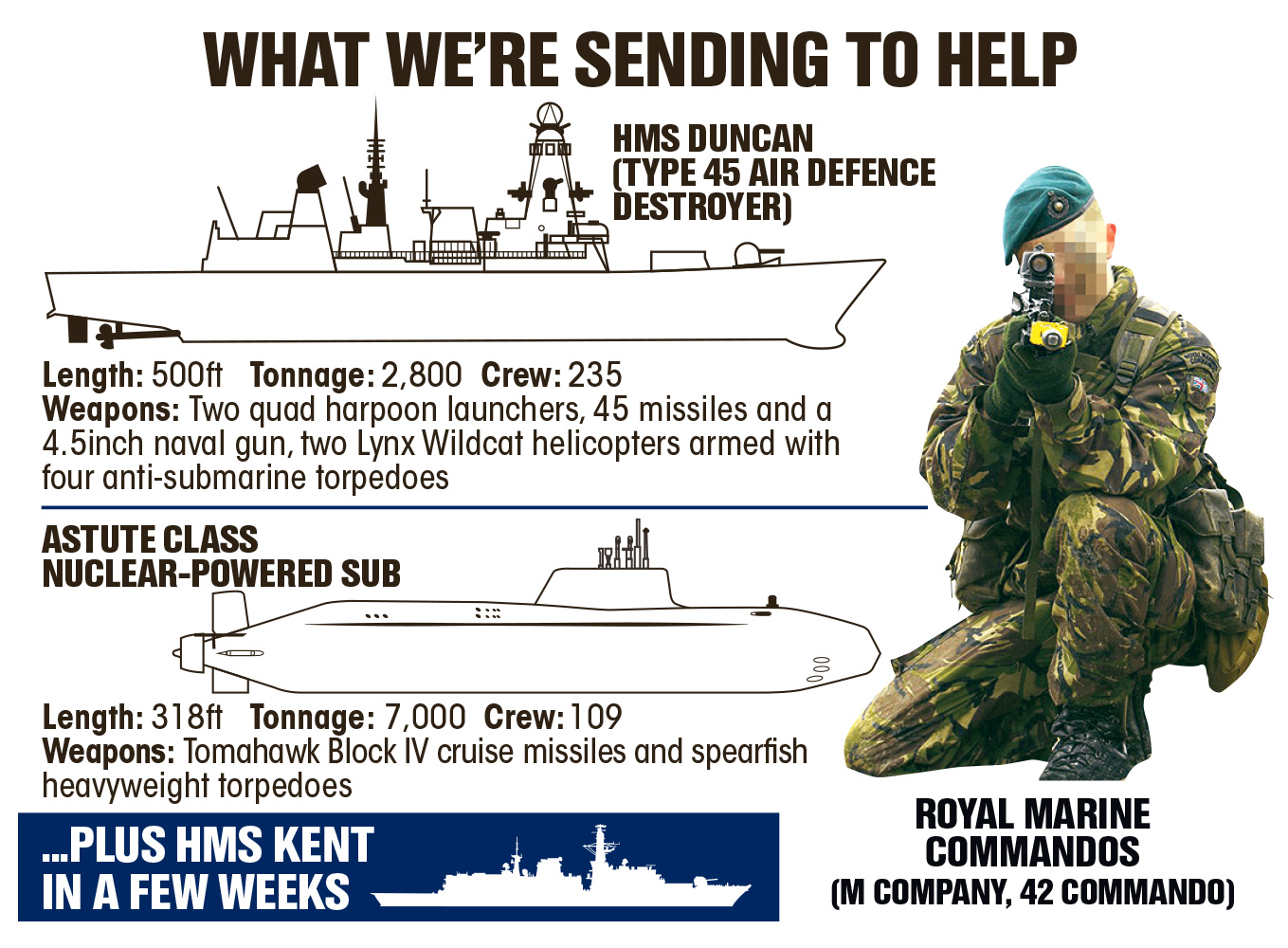 That should help. It does not, however, change the fact that the British military appears badly under-strength to deal with current crises.