Iranians have gathered in the streets of Tehran to demand the resignation of Ayatollah Seyed Ali Khamenei after the regime admitted it had mistakenly shot down a civilian passenger plane.

To be honest, many Iranians have been “turned against” the regime for some years, now; but this is one more straw on the back of a well-laden camel. If it will prove the last straw, of course, remains to be seen… In any case:

The Islamic Revolutionary government of Iran has finally admitted to “accidentally” shooting down a Ukrainian airliner filled with mostly Iranian passengers on Wednesday (8 January), but 57 of the victims were Canadians of Iranian descent, and other nations were represented as well. In all, 176 people died. Tehran originally attributed the crash to “technical difficulties,” but that story quickly became impossible to defend. 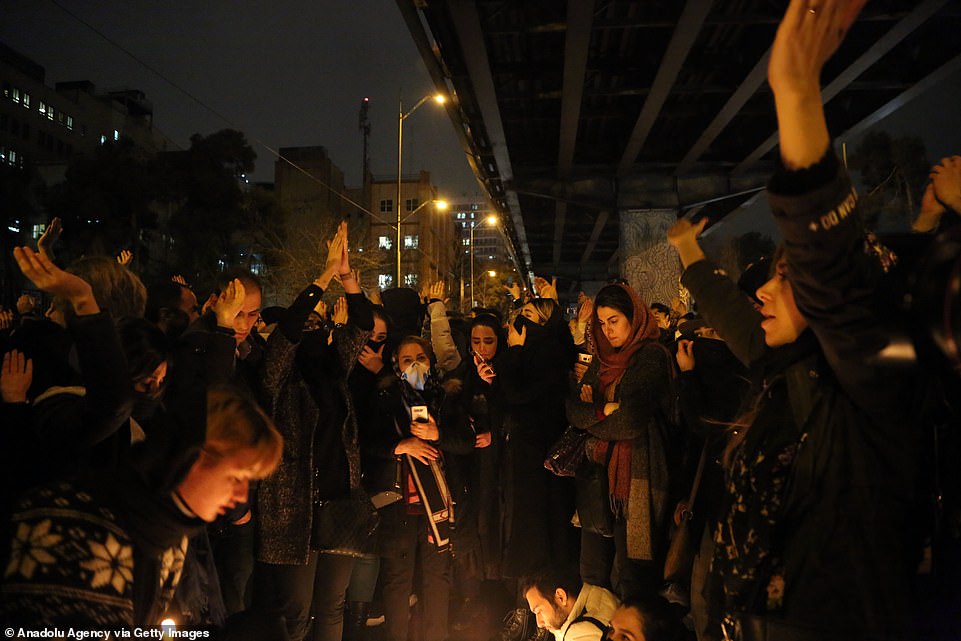 Now many Iranians are livid at the government, and despite the typical attempts at repression by regime forces, are making their anger known. The Iranian people have been on edge anyway, after months of demonstrations, and more recently the escalation in tension with the U.S.  stemming from the killing of IRGC Gen. Qassem Soleimani (which seems actually to have been received with favor by many Iranians, despite the highly orchestrated funeral “mourning” imposed by the regime).

That action had been followed by an Iranian missile strike against (well, sort of “against”…) U.S. targets in Iraq that seemed rather carefully calculated to avoid U.S. casualties. And in fact, there were none, despite some 15-20 ballistic missiles being fired. While needing to “save face,” it looks very much as if the Iranian regime had no interest in provoking a further U.S. response.

And now this… The Daily Mail (UK) reports that

“Angry crowds gathered on Saturday night in at least four locations in Tehran, chanting ‘death to liars’ and calling for the country’s supreme leader to step down over the tragic military blunder, video from the scene shows.

“What began as mournful vigils for Iranian lives lost on the flight soon turned to outrage and protest against the regime, and riot police quickly cracked down, firing tear gas into the crowd.

“‘Death to the Islamic Republic’ protesters chanted, as the regime’s security forces allegedly used ambulances to sneak heavily armed paramilitary police into the middle of crowds to disperse the demonstration.”

If the Daily Mail does not feel all that egg on their face, they should look in the mirror, considering that they swallowed hook, line, and sinker the Iranian regime’s reports of widespread grief and mourning over the death of Soleimani, as I noted in an earlier post.

Now we have Iranians – unrehearsed, unchoreographed, uncoerced – chanting “Death to the Islamic Republic,” calling for the Supreme Leader (Ayatollah Sayyid Ali Hosseini Khamenei) to step down, and (in English) “Mad, mad, dictator!” (referring to Khamenei). Hardly the actions of a people bowed with grief over the death of that dictator’s chief minion and enforcer! Indeed, this is more fuel on the fire of the Iranian people’s decades-long grievance against the regime. 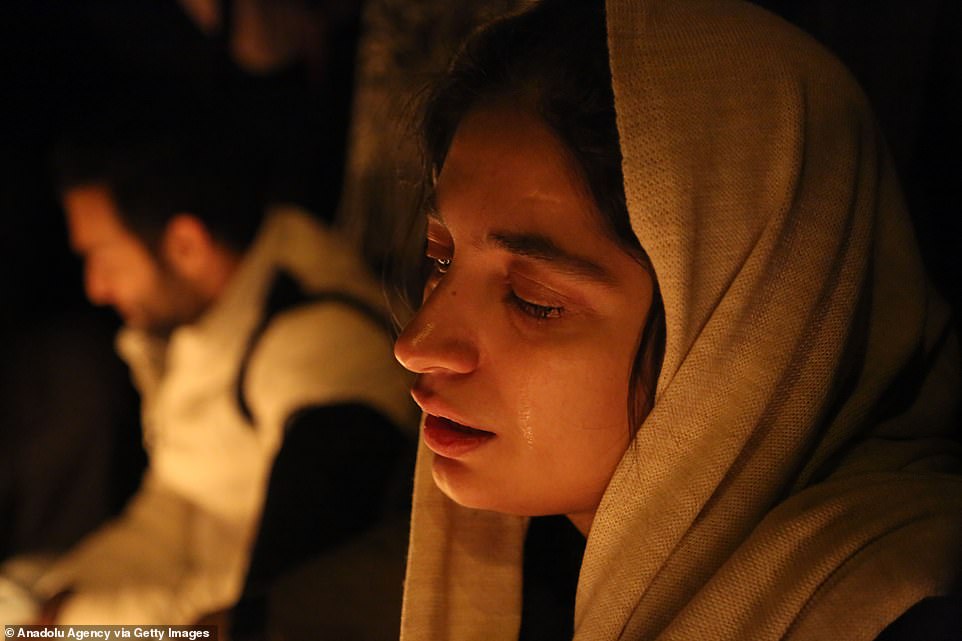 “‘Our enemy is right here; they lie when they say it’s the US’ protesters were heard chanting in one video,” the article quotes one protester, noting that another wrote in Persian on Twitter, “‘I now believe the word of the Great Satan,'” an apparently ironic reference to a favorite term used by the Islamic Revolutionary government to refer to the U.S., since the days of the Ayatollah Khomenei.

“Protesters demanded that those responsible for shooting down the civilian plane be publicly tried and held accountable. The crowd also condemned the Islamic Republic’s paramilitary internal security force, chanting ‘Death to Basij’…

“Anti-regime factions said that the protests reflected the frustrations of Iranian citizens with the government corruption and oppression.

“‘The protest by thousands of Iranians in Tehran burst the propaganda balloon of the regime regarding Qassem Soleimani’s elimination,’ [emphasis added] said Shahin Gobadi, spokesman of the anti-regime group People’s Mojahedin Organization of Iran, in a statement to DailyMail.com.

“Gobadi said that the protests ‘showed the true sentiments of the Iranians and once again clearly proved that Iran is a powder keg and the Iranian people will not stop until the regime change.'” 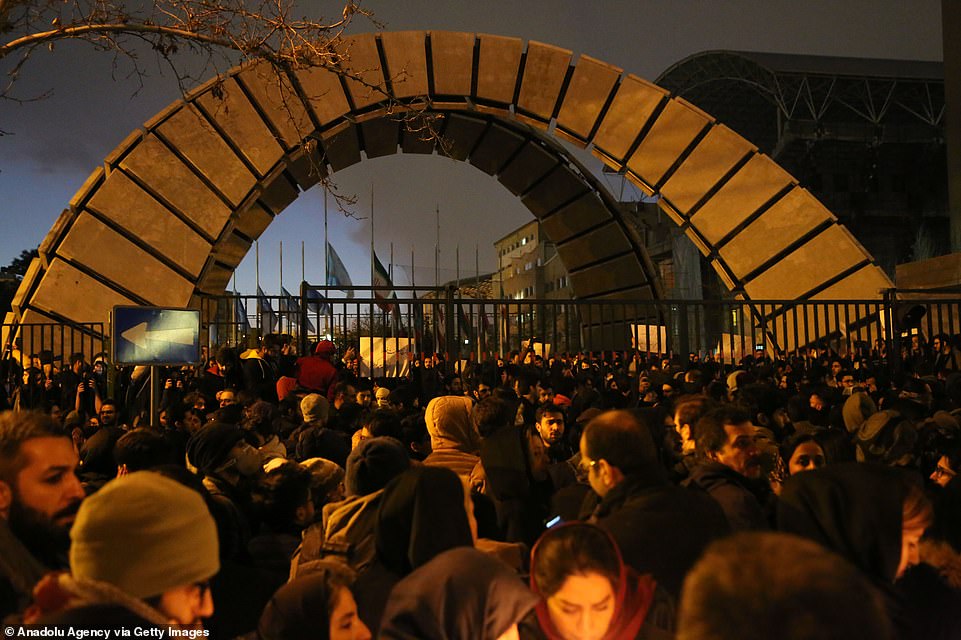 It is not only the Iranian people who are outraged. Even Leftist Canadian Prime Minister Justin Trudeau “cast doubt on Iran’s claim that it accidentally shot down the Ukrainian jet,” the article notes:

“Trudeau said the shoot-down of Ukraine International Airlines Flight PS752 ‘is one of the issues that we certainly need better answers to,’ during a news conference on Saturday. ‘I am, of course, outraged and furious,’ Trudeau said of the crash, adding that whether the tragedy was an accident or not still needs to be determined.”

While it would not surprise me if Trudeau eventually accepts the Iranian regime’s assertion that one of their anti-aircraft missile batteries mistook the 737 for an American cruise missile – a dubious proposition, to put it mildly – the Iranian people are unlikely to be put off by such evasions.

The Anglophilic Anglican emphatically supports the Iranian people in their quest for freedom, justice, and self-determination.

Update (10:24 p.m. EST, 11 January 2020): Later reports indicate that the regime increased its efforts to break up the protests, after nightfall. 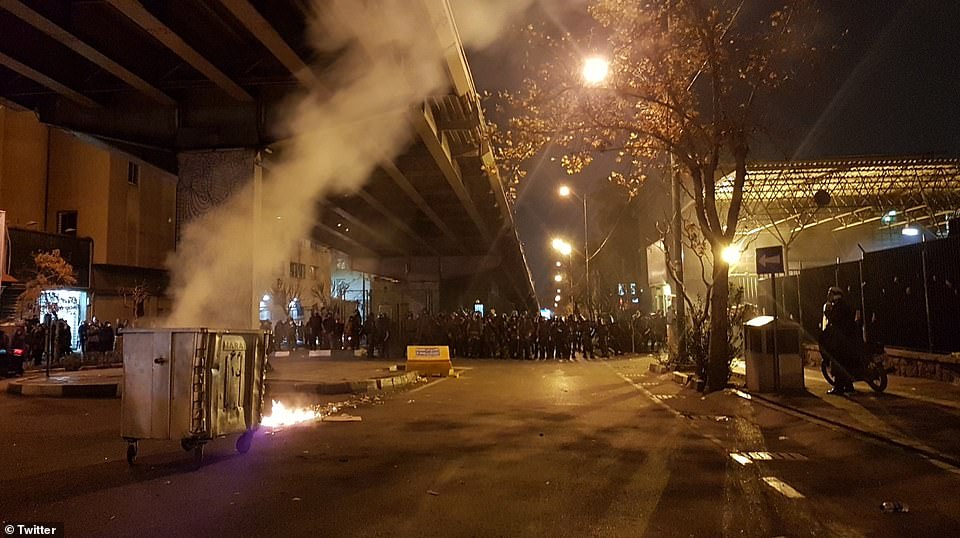 “Screams were heard as regime forces fired tear gas at the protesters in a brutal crackdown after night fell… As night fell, riot police attempted to break up the protests with tear gas. Cops armed with shields and batons tried to disperse the crowds, and police fired water canons at protesters.”

As of this point, no indication as to how successful the attempts to break up the protests have been. Please join me in praying for the Iranian people. 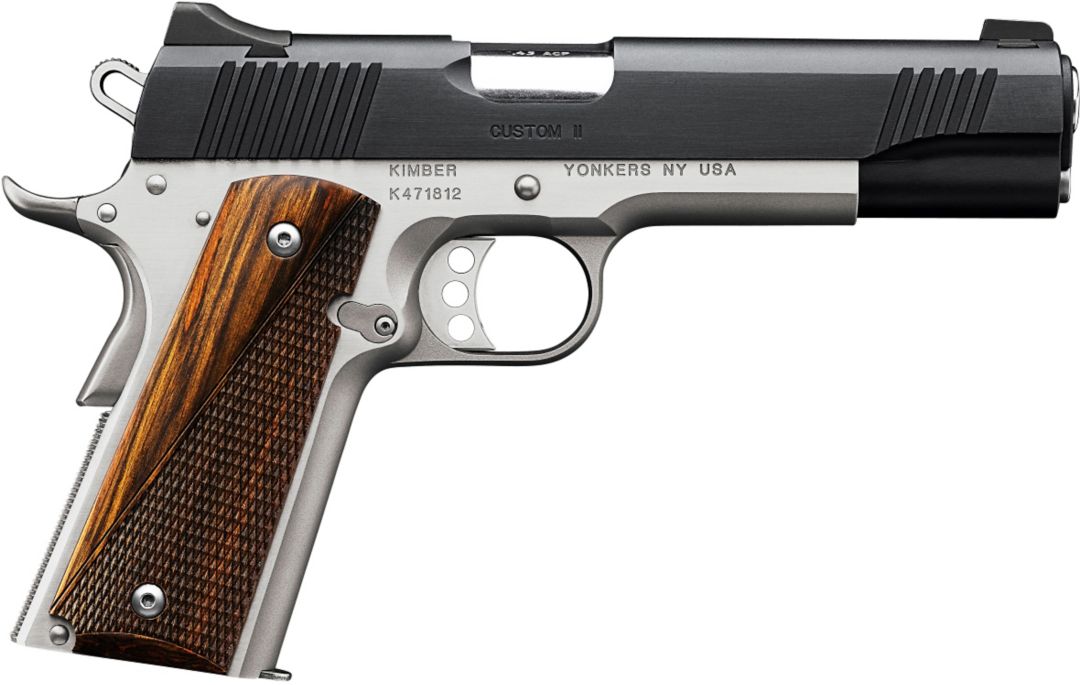 On a lighter note…!

Are you a Republican, a Democrat, or a Southerner? This little test will help you decide:

You’re walking down a deserted street with your wife and two small children.

Suddenly, a Terrorist with a huge knife comes around the corner, locks eyes with you, screams obscenities, raises the knife, and charges at you…

You are carrying a Kimber 1911 chambered in .45 ACP, and you are an expert shot. You have mere seconds before he reaches you and your family. What do you do?

Well, that’s not enough information to answer the question! What is a Kimber 1911 and what does .45 ACP mean?

Does the man look poor or oppressed? Is he really a terrorist? Am I guilty of profiling? Have I ever done anything to him that would inspire him to attack?

Could I possibly swing the gun like a club and knock the knife out of his hand? What does the law say about this situation?

Does the pistol have an appropriate safety built into it? Why am I carrying a loaded gun anyway, and what kind of message does this send to society and to my children?

Is it possible he’d be happy with just killing me? Does he definitely want to kill me, or would he be content just to wound me?

Should I call 9-1-1? Why is this street so deserted? Can we make this a happier, healthier street that would discourage such behavior?

I need to debate this with some friends for a few days and try to come to a consensus. This is all so confusing!

Wife: “You are NOT taking that to a Taxidermist!”

“You are NOT taking that to a Taxidermist!” Too much… I love it!!!