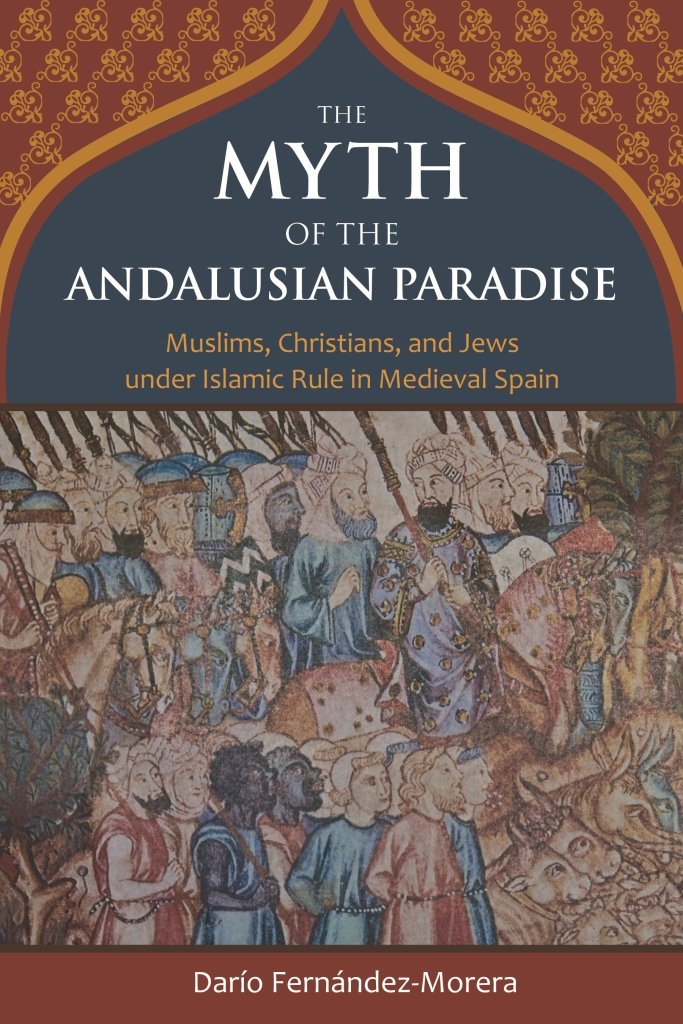 “The existence of a Muslim kingdom in Medieval Spain where different races and religions lived harmoniously in multicultural tolerance is one of today’s most widespread myths… The problem with this belief is that it is historically unfounded.” – Dr. Darío Fernández-Morera, Ph.D.

“The existence of a Muslim kingdom in Medieval Spain where different races and religions lived harmoniously in multicultural tolerance is one of today’s most widespread myths. University professors teach it. Journalists repeat it. Tourists visiting the Alhambra accept it. It has reached the editorial pages of the Wall Street Journal, which sings the virtues of the ‘pan-confessional humanism’ of Andalusian Spain (July 18, 2003).

“The Economist echoes the belief: ‘Muslim rulers of the past were far more tolerant of people of other faiths than were Catholic ones. For example, al-Andalus’s multi-cultural, multi-religious states ruled by Muslims gave way to a Christian regime that was grossly intolerant even of dissident Christians, and that offered Jews and Muslims a choice only between being forcibly converted and being expelled (or worse).’

“The problem with this belief is that it is historically unfounded, a myth. The fascinating cultural achievements of Islamic Spain cannot obscure the fact that it was never an example of peaceful convivencia.”

I have thought for years – since my undergraduate medieval studies days, in fact – that there was something that did not ring true about the standard narrative of “peaceful, multicultural” Cordoba / Andalusia, where Muslims, Christians, and Jews allegedly lived together in harmony, and the arts and sciences flourished. There were hints of a shadow – such as the admission that non-Muslims had to pay jizya – but it was hard to pin down anything more. There had to be more to the story!

Now, Dr. Darío Fernández-Morera, Ph.D., has written an exhaustively researched and documented book on the subject, of which the linked (and rather lengthy) article is but an abstract, and which makes it abundantly clear that the much-lauded “peaceful coexistence” was enforced by brutal oppression, in which Christians – in their own land! – and Jews were emphatically second-class citizens, subject to the whims of their overlords, and in which the undeniable artistic achievements were financed by heavy taxes and the spoils of conquest.

I would add, also, that the much-vaunted Muslim medical and other arts were based heavily on Classical and late Hellenistic – Greco-Roman – antecedents, texts to which medieval Christians would have had access, had the great libraries of the Mediterranean world not fallen to Islamic conquerors in the 7th and 8th centuries.

And the “intolerance” shown by the Christian successor state in what had been al-Andalus is perhaps somewhat more comprehensible – perhaps even forgivable – in light of the more than seven centuries (722 – 1492 AD) Spanish Christians had spent re-taking the Iberian peninsula from its Muslim overlords. A cautionary tale for today’s West! But I digress:

In dealing with the question of why this myth (in the popular sense of the term, which is to say, fallacy) has been so persistent in both popular and academic culture, Fernández-Morera suggests – accurately, in my opinion – that it “may be that extolling al-Andalus offers the double advantage of surreptitiously favoring multiculturalism and deprecating Christianity, which is one of the foundations of Western civilization,” and continues,

“This mechanism is not unlike that in the mind of those who dislike Western culture intensely, but who with the fall of Communism find themselves without any clear alternative and so grab Islam as a castaway grabs anything that floats. So anyone who dislikes Western culture or Christianity—for any reason, be it religious, political, or cultural—goes on happily pointing out, regardless of the facts, how bad Catholic Spain was when compared to the Muslim paradise.”

A paradise which exists only in the cultural Marxist imagination.

As I say, this is a lengthy essay. It is, nonetheless, worth a read, for the light it casts on a much-misunderstood, and greatly mis-characterized, time and place in history. Read, mark, learn, and inwardly digest!