“The cause of the environment is not, in itself, a left-wing cause. It is about about safeguarding resources. It is about conservation and equilibrium…”

Or, as he writes elsewhere, in an essay I will probably also post / link to here,

“There is no political cause more amenable to the conservative vision than that of the environment. For it touches on the three foundational ideas of our movement: trans-generational loyalty, the priority of the local and the search for home.”

There are many reasons I love the late Sir Roger Scruton, but this is certainly a big one: he was not only one of the greatest conservative thinkers of our time – arguably the greatest – but he was also a dedicated conservationist.

In this essay, as its title suggests, he is saying something I have been saying, myself, for many years now (at least as far back as the late-1980s, early-1990s, while I was still in undergraduate college): that conservatives and conservationists should be natural allies, as the root of both – not only linguistically but philosophically – is to conserve. And I have continued in that belief ever since.

But of course, being Sir Roger, he says it much better than I ever have, or could! As he wisely notes,

“the cause of the environment is not, in itself, a left-wing cause at all. It is not about ‘liberating’ or empowering the victim, but about safeguarding resources. It is not about ‘progress’ or ‘equality’ but about conservation and equilibrium. Its following may be young and dishevelled; but that is largely because people in suits have failed to realize where their real interests, and their real values, lie… Indeed, environmentalism is the quintessential conservative cause, the most vivid instance in the world as we know it of that partnership between the dead, the living and the unborn, which Burke defended as the conservative archetype.”

Thank you, Sir Roger! And to those who see this post, read, mark, learn, and inwardly digest. Especially any who may incorrectly believe that being conservative means rejecting our ethical and theological imperative to care for this good earth God has given us. Sir Roger shows that this is neither necessary, nor is it wise.

It is time – indeed, it is more than past time – for conservatives to re-take conservation and care for the natural environment from its captivity by the Left.

Source:  Being Southern in an Age of Radicalism | Reckonin’

“[William] Faulkner at the time of his death was preparing a book to be called ‘The American Dream—What Happened to It?’ He had written some parts of it and it is a pure expression of the Southern and Jeffersonian tradition, more so than he probably realized. In a speech a year after the Nobel speech, Faulkner said that the noble American principle of a right to life, liberty, and the pursuit of happiness had become nothing more than an excuse for materialistic ease. The early Americans did not mean just the chance to chase happiness. By happiness they meant ‘not just pleasure [and] idleness, but peace, dignity, independence and self respect,’ things that had to be worked for and earned. ‘We knew it once, had it once … only something happened to us.’ We no longer ‘believed in liberty and freedom and independence as the old fathers in the old strong, dangerous times had meant it.'”

— Dr. Clyde N. Wilson, “Being Southern in an Age of Radicalism“ 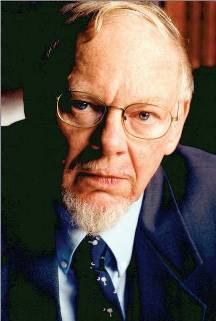 Clyde Wilson is a distinguished Professor Emeritus of History at the University of South Carolina. He is the author or editor of over thirty books and more than 600 published articles, essays and reviews.

The Calhoun Institute also notes that he is a paleo-conservative political commentator, a long-time contributing editor for Chronicles: A Magazine of American Culture and Southern Partisan magazine, and an occasional contributor to National Review.

Wilson is best known for his expertise on the life and writings of John C. Calhoun, having compiled all his papers in twenty-eight volumes. He has been the M.E. Bradford Distinguished Chair of the Abbeville Institute, and an adjunct faculty member of the paleo-libertarian Ludwig von Mises Institute.