Romantic Conservatives: The Inklings in Their Political Context 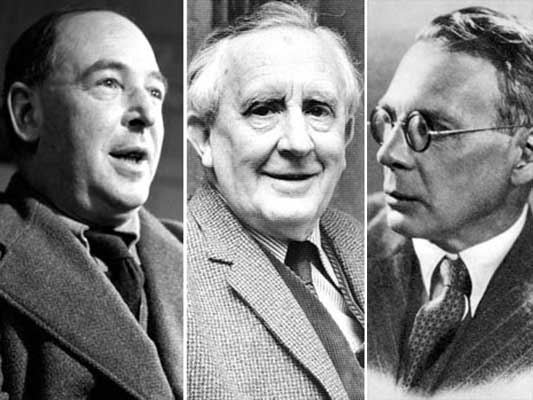 A very interesting treatment of the political philosophy of a fascinating group of writers and thinkers — the Inklings, whose number included both J.R.R. Tolkien and his friend and sometimes foil or rival, C.S. Lewis. The pendulum has swung again, of course, and Romanticism has for many today a sort of “airy-fairy,” unrealistic air to it. But as this essay points out,

“To begin with, just what is Romanticism, anyway? There do seem to be as many definitions as there are writers; but it is as accurate a one as any might be to call it Europe’s artistic and philosophical reaction to the arid rationalism of the Enlightenment, the horrors of the French Revolutionary Wars, and the centralising hand of Napoleon Bonaparte.”

It’s important to note that Romanticism is a reaction against, and response to, rationalism — not rationality, that is to say reason, properly understood and exercised. The Romantics, and certainly the Inklings who were among their heirs, understood and valued reason as one of the faculties with which humans have been gifted by a loving Creator. But like everything else, it was to occupy its appropriate sphere, not either more or less.

One of the definitions of a “heresy” is a truth which is carried to such an extreme that it becomes no longer true. By that standard, the rationalist heresy is the idea that unaided reason is the only way one can, or should, understand the world, and everything must be subjected to the test of reason. If you cannot reason (or experiment, as empiricism is part of this) your way to a conclusion, it is suspect at best, or to be rejected absolutely. This is a view common to both Modernist and, to a very significant extent, post-modernist thought as well.

Romantics, and the Inklings, would have argued for Mystery, and the possibility of, not the irrational, but the trans-rational, the supra-rational: that which is beyond all that our minds can grasp. “My ways are not your ways, nor your thoughts, my thoughts,” as the prophet Isaiah expresses the Divine message. Reason can only take us so far; as St. Thomas Aquinas said of his exquisitely researched and argued “Summa Theologica,” following a mystical experience at the Eucharist, “It is all straw.”

The fruits of reason are not to be despised, then, but merely understood within their own context, and neither expected to take us beyond reason’s proper sphere, nor to be meekly accepted when they attempt to do so. The deification of Reason, the assumption that it is the be-all and end-all of existence, was for the Romantics and the Inklings, and is for me, to be rejected: it is like the wings of Icarus, that take us too high, too close to the sun, so that we fall to our doom. It is the very definition of hubris, of arrogant over-reach: the pride that goeth before the fall, the creature seeking to pass judgement on the Creator.

But these are just my own meanderings on one piece of the puzzle. The whole article is fascinating, and only touches on the rationalist heresy as it applies to the Inklings’ political philosophy. Read and enjoy!

“Every age has its own outlook. It is specially good at seeing certain truths and specially liable to make certain mistakes. We all, therefore, need the books that will correct the characteristic mistakes of our own period… The only palliative is to keep the clean sea breeze of the centuries blowing through our minds, and this can only be done by reading old books. Not, of course, that there is any magic about the past. People were no cleverer then than they are now; they made as many mistakes as we. But not the same mistakes.” ~ C.S. Lewis, “On the Reading of Old Books”