Evening Prayer (Vespers) for The Sunday Next Before Advent, 2018, according to The Book of Common Prayer 1928. 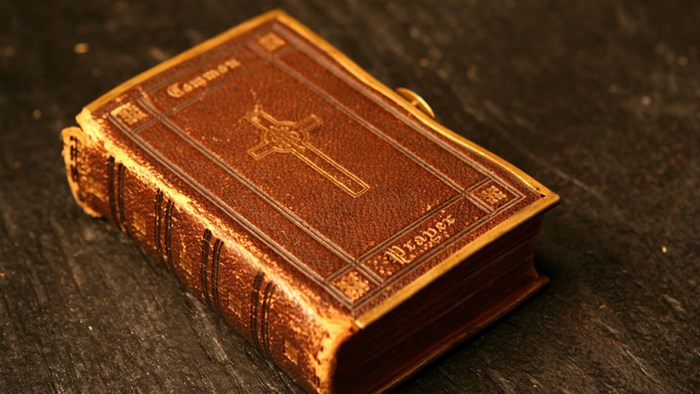 I have discovered that, alongside the depth that sustains my own prayer life, there is a remarkable breadth represented in the Prayer Book which, as a new generation tries to move beyond the toxic labels of the past, could provide a focal point for theological unity once more.

Source: CHURCH AND YOUTH: THE SHOCK OF THE OLD | Latest News – The Prayer Book Society

“I would, with tongue only slightly in cheek, suggest that liturgies such as Old Rite mass or Prayer Book evensong are truly inclusive, in that they are places where the churched, unchurched, and dechurched sit and allow the experience to wash over them. If even Richard Dawkins—a man who, I will admit, probably spends more time thinking about God than I do—can express affection for evensong, then I would suggest that there is an evangelistic potential in quiet dignity that we are not taking as seriously as we should. There is no introducing yourself to your neighbour, no enthusiastic hand-wringing at the Peace, no Blind Date-style “What’s your name, and where do you come from?” during the notices. There is simply the experience of being in the presence of holiness.

“For a generation for whom the majority of socialising no longer occurs face to face, and for whom encounters with anxiety are common, while ones with rooted community are not, this breathing space is invaluable. It allows a gentle introduction in terms of what is required socially, without compromising the authenticity of what is required intellectually; neither overly polarising nor overly patronising. It is a space that leaves room to contemplate mystery.”

Personal Note: I resonate strongly with this, because of my own personal history when it comes to the faith: I myself was brought (back) into it through The Book of Common Prayer. I came to the Anglican tradition in my mid-twenties. I had not grown up unchurched; far from it. END_OF_DOCUMENT_TOKEN_TO_BE_REPLACED

The first Book of Common Prayer came into use on the Day of Pentecost, June 9, 1549, in the second year of the reign of King Edward the Sixth. From it have descended all subsequent editions and revisions of the Prayer Book according to the use of the several Churches of the Anglican Communion.

Source: The First Book of Common Prayer, 1549 | For All the Saints

A “high holy day” indeed, for us Anglicans! The use of The Book of Common Prayer, and more broadly the Common Prayer tradition of which it is the centerpiece, is the hallmark of the particular Anglican expression of Christianity. Nor for nothing is the BCP often referred to as “Thomas Cranmer’s immortal bequest”! Read on for more…

The Book of Common Prayer 1928, which is the Prayer Book of my (and our, if you are a member or friend of St. Bede’s Anglican Mission) ecclesiastical jurisdiction, the United Episcopal Church of North America (UECNA), is the last American Prayer Book to be unquestionably in the direct line of descent from the 1549.

The 1979 Prayer Book, as used by The Episcopal Church (TEC, formerly Protestant Episcopal Church of the United States of America, or PECUSA), while it has its pluses, is more of a “book of alternative services,” and its theology can get a bit hazy, at times.

I don’t share the dislike, bordering on downright antipathy, of some traditional Anglicans for the ’79, so long as it’s understood for what it is – a book of alternative services – and is not confused with being “the” Book of Common Prayer, and as long as it is interpreted in accordance with the classical Common Prayer tradition: 1549-1662 in the UK, 1789-1928 in the US. With those caveats, it contains useful resources.

But the 1549 is the original! “The” Book of Common Prayer, as it were… although the 1662 has been the standard for three-and-a-half centuries, and remains so, for the Church of England, today. And it is that first Prayer Book – the one that began it all, so to speak – that we celebrate today!