While I am not of the Roman observance, I do completely agree with this! Great admiration and respect for Pope Benedict XVI. I confess, I wish he were still occupying the Throne of St. Peter!

I wrote this piece as a reply to a thread in a Facebook group called “Catholic Village Movement: Rebuilding Christendom.” The idea was floated that, “Many of us came from cities just 100 years ago. Maybe cities are the Catholic’s natural environment. Ugh. Gross. But also maybe true.” I am not so sure. In fact, I doubt it!

Here is my response – please read “Catholic” or “Catholics” to include all branches of the Church Catholic, including not only those of the Roman observance, but our Eastern Orthodox brethren, and of course, those of us who are Anglicans – slightly cleaned up and elaborated upon from the original:

I have just been an observer of the conversations on this group heretofore, but for what it’s worth (maybe nothing), here’s another perspective on the urban-vs-rural thing. Yes, “pagani” meant, roughly, “country bumpkins.” Actually it meant, literally, “dwellers in the pagus,” with “pagus” meaning – interestingly enough – “village,” but also district, countryside, rural portions of a civitas (http://latinmeaning.com/pagus-latin-to-english-translation/). It had, by the early Christian era, acquired a slightly pejorative cast to it, like “hicks” or “rednecks.”

So the question to ask ourselves is, why did those who clung to their pre-Christian religions (shades of Obama’s infamous “bitterly clinging to God and guns” remark…) become known as “pagani” (“pagans”)? Because a) new teachings took longer – a lot longer – to percolate out to the countryside, in those pre-hi-tech (and, for many, pre-literate) days, and b) because the cities had become inhospitable to them, having been largely converted to the new religion, Christianity. The situation is similar today, although the roles are reversed.

Ask yourself, where is the greatest survival of Christian (not only, but including, Catholic) belief and practice today? Hint: it’s not in the big, densely-populated coastal urban enclaves! It’s in the “flyover states,” and in more rural sections of the rest of the states. And for many of the same reasons that the “pagus” remained “pagan” long after Christianity had begun to gain traction in the more urban areas: cities are not, and never have been, amenable for those who want to maintain traditions. END_OF_DOCUMENT_TOKEN_TO_BE_REPLACED

“The human body shares in the dignity of ‘the image of God’: it is a human body precisely because it is animated by a spiritual soul, and it is the whole human person that is intended to become, in the body of Christ, a temple of the Spirit: Man, though made of body and soul, is a unity. Through his very bodily condition he sums up in himself the elements of the material world. Through him they are thus brought to their highest perfection and can raise their voice in praise freely given to the Creator. For this reason man may not despise his bodily life. Rather he is obliged to regard his body as good and to hold it in honour since God has created it and will raise it up on the last day.”

— Catechism of the Catholic Church, ❡❡ 364

Far too many Christians fall into the Gnostic heresy of devaluing the material world, including the human body, and believing that only “things spiritual” have ultimate worth. Do not be like them!

Now, who – Roman Catholic or otherwise – can help liking this…?

One of the great things about being Catholic is that the Church has quite literally thought of everything at some point or another. Some inventive cleric even thought to include a beer blessing in the Rituale Romanum… Creation is good. Beer is good. Let us rejoice and be glad in it.

And one of the great things about being Anglican is that one can reasonably “borrow” things from both “sides” – Roman Catholic and Reformed (not to mention Eastern Orthodox, just ask the Scots Non-Jurors who ordained Samuel Seabury and provided the American Church with the model for our classic Prayer of Consecration) – so long as they do not conflict with the Book of Common Prayer and the XXXIX Articles!

Here is a version of the beer blessing slightly modified to suit Anglican sensibilities, and to turn it into a prayer that can be said by lay-persons:

V. Our help is in the name of the Lord.
R. Who madest both heaven and earth.
V. The Lord be with you.
R. And with thy spirit.

O Lord our God, who dost cause grain to spring up from the earth for our sustenance: do thou bless, we pray thee, this thy creature beer, which thou hast deigned to produce from that thy good gift of grain, fruit of the earth and product of human labour, that it may be a salutary remedy to the human race; and grant, for thy mercy’s sake, that whomsoever shall drink of it may gain both health in body and peace in soul: Through Christ our Lord. Amen.

The grace of our Lord Jesus Christ, the love of God, and the fellowship of the Holy Spirit, be with us and remain with us, now and always. Amen. 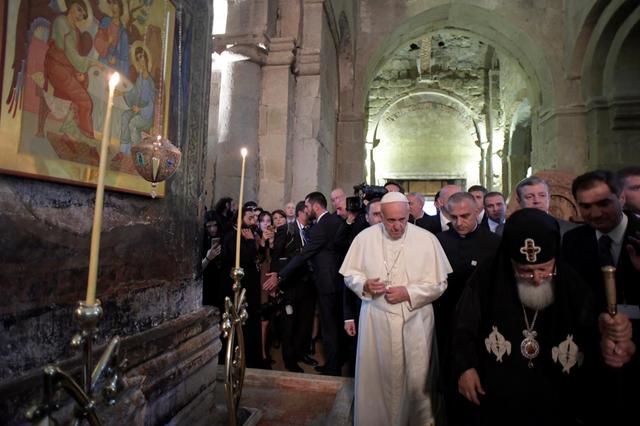 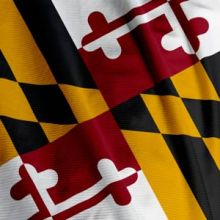 Source: the Ark and the Dove – from the rectory porch

Reflections on Maryland Day, the founding of the Maryland Colony in 1634 – now the State of Maryland – and the Feast of the Annunciation, from the Rev. Greg Syler, Episcopal priest and rector of St. George’s Church and Church of the Ascension, St. Mary’s County, Maryland.

O Lord Christ, whose prayer that your disciples would be one, as you and the Father are one, inspired certain of your followers to create on American shores a colony that would practice tolerance, consecrated in the name of your blessed mother to whom the angel announced this day a new gift: Grant that the people of this land may continually give thanks for your protection and uphold the liberty of conscience and worship, until all shall receive the benefits and follow the disciplines of true freedom, endowed by the Name of the same, Jesus Christ our Lord. Amen.

On 22 November 1633, a group of English travelers — about 150 in all — boarded two ships, the Ark and the Dove, and set off from their mother country from the Isle of Wight.  Most of the group were indentured servants who would help settle the new colony and prepare the way for future arrivals, roughly equal numbers Catholic and Protestant, in fact, and on board was also at least one Jesuit priest, Fr. Andrew White, as well as Leonard Calvert, the intended future governor of Mary’s Land, the third English colony in the so-called “new world,” and Lord Baltimore’s younger brother. END_OF_DOCUMENT_TOKEN_TO_BE_REPLACED

The Angelus – traditional salutation to Mary, in honor of the Incarnation of her Son, Our Lord Jesus Christ, recited or sung at morning, noon, and evening – as chanted by the Daughters of Mary: in honor of the Feast of the Annunciation.

The full text of the Angelus, in both Latin and (traditional / liturgical) English, together with some background history, is found here.