The motto of the Swiss Guard is “Fiercely and Faithfully.” They have been living up to that motto, and to their oath, as they have protected the Pontiff for more than 500 years.

6 MAY 1527: THE FAITHFUL SWISS GUARD AND THE SACK OF ROME

Thousands of mutinous Imperial troops stormed into Rome on this date, intent on plundering the city. When they reached St. Peter’s Basilica, Commander Kaspar Röist of Zurich, with 147 of the Swiss Guard, held them off while another 40 helped Pope Clement VII escape to Castel Sant’Angelo by a secret passage. Soon after, Röist and his men were overwhelmed by the mutineers and slain. So it is that when recruits for the Swiss Guard swear loyalty, they do so on 6 May.

(Many thanks to my good friend John F. Dausch for the account above!)

I vividly recall seeing (on news clips, not live, alas) the Swiss Guard responding to the attempted assassination of Pope John Paul II on 13 May 1981: although they are all trained soldiers, and can be equipped with modern weapons if need be, there was no time – and so they charged toward the gunfire, halberds at high port!

I am convinced they would have done the exact same thing if it had been a team of terrorists with AK-47s and RPGs. They are sworn to protect the Pontiff, at the cost of their own lives if need be – following the example of “the 189” – and that is exactly what they will do.

I am The Anglophilic Anglican, not a Roman Catholic; the Roman Church and the Anglican Church have been at odds, ourselves, on more than one occasion and over more than one issue, over the centuries since the 1534 Act of Supremacy declared King Henry VIII and his successors as the Supreme Head of the Church, replacing the Pope.

But the Bishop of Rome is nonetheless the Patriarch of the West – the last, in fact of the Five Patriarchates (the Pentarchy: Jerusalem, Antioch, Alexandria, Constantinople, and Rome) to have never fallen to Islam, and only one in the West.

I may, with my fellow Anglicans, dispute Papal claims of infallibility and of “universal ordinary jurisdiction”; I may agree “the Pope of Rome enjoys no jurisdiction in this Realm of England,” or the Churches which desire from the English Church.

But the Chair of Peter nonetheless deserves, it seems to me, a primacy of honour: primus inter pares, first among equals of the Bishops of Christ’s one, holy, catholic, and apostolic Church. And for the See of Rome to have fallen to a drunken and mutinous mob of irreligious cutthroats would have been a grievous fate indeed!

Furthermore, I respect courage. And the Swiss Guard showed that, in spades! Outnumbered more than 100 to 1, they fought literally to the last man – their Commandant, Captain Kaspar Röist, was the last to fall. By one account, the Imperial mutineers

“suffered an estimated 15,000 casualties – three quarters of their fighting force. The last stand of the Swiss Guard allowed Pope Clement VII time to escape the Vatican, and it weakened and demoralized the mutineers to such an extent that they could not hold the city. With their backs to Saint Peter, the Swiss had saved the seat of Christendom.”

And because of their sacrifice, to this day, new guards are sworn in on May 6, as a potent reminder of the Guards’ vow to defend the life of the Pontiff at any cost – including their own.

Source: The Wars of the Roses Stamp Set | Royal Mail

The Royal Mail releases a splendid set of eight mint stamps featuring stunning illustrations re-imagining key battles from across 30 years of the Wars of the Roses. Pictured: The Battle of Bosworth Field, 1485.

Tomorrow – April 29th – is the 10th Anniversary for this happy couple!  TRH The Duke and Duchess of Cambridge, a.k.a. Prince William and Catherine (commonly still popularly known by her former identity as Kate Middleton).  Wishing them many more years of happiness together! God bless them, their children, and all the Royal Family – and God Save The Queen!

A photographic memory of their wedding: Prince William and Kate Middleton wave to the crowds in London following their Apr. 29, 2011 wedding ceremony at Westminster Abbey.

On this day in 1616, William Shakespeare, the greatest figure in English literature and (with the King James Bible and The Book of Common Prayer) one of the greatest influences on the English language, passed beyond the confines of this mortal life, at the age of 52.

On or about this day, in 1564, he was also born! (He was baptized on 26 April.) Since his actual birth-date is unknown, it is usually celebrated on this day, as well. Long may he live in honoured memory here on earth, and by God’s grace, to all eternity “beyond the Jordan”!

Shakespeare was an English poet, playwright, and actor, widely regarded as the greatest writer in the English language and the world’s greatest dramatist. He is often called England’s national poet and the “Bard of Avon” (or simply “the Bard”).

BBC Culture: “How Shakespeare influences the way we speak now.”

And if you like it not, your wit’s as thick as a Tewkesbury mustard. Fie upon such a pigeon-livered and rump-fed runion!

The Anglophilic Anglican desires to wish all his equally-Anglophilic – and of course, English! – friends a very happy St. George’s Day, on this 23rd of April, in the Year of Grace 2021!

Almighty God, by whose grace and power thy holy Martyr George triumphed over suffering, and despised death : Grant, we beseech thee, that enduring hardness, and waxing valiant in fight, we may with the noble army of martyrs receive the crown of everlasting life; through Jesus Christ our Lord. Amen.

“Grief is the price we pay for love.”

— Her Majesty, Queen Elizabeth II (spoken in an address after 9/11)

Image: Her Majesty, Queen Elizabeth II, sits in her stall in St. George’s Chapel, Windsor Castle, at the funeral of her beloved husband of 73 years, His Royal Highness The Prince Philip, Duke of Edinburgh, on Saturday, 17 April, 2021.

Update on the restoration efforts:

“President Emmanuel Macron on Thursday praised the painstaking efforts to rebuild Notre-Dame de Paris, two years after flames ripped through the cathedral’s centuries-old attic and sent its spire crashing through the vaults below..

“More than 700 days after workers scrambled to shore up Notre-Dame’s flying buttresses, save its 13th-century stained-glass rose windows and install movement sensors, the effort to make the site secure ahead of restoration is almost complete.”

The Funeral procession and service for His Royal Highness The Duke of Edinburgh at St George’s Chapel, Windsor Castle.
As posted by The Royal Family, on their YouTube Channel.
For those who may have missed it earlier today (Saturday, 17 April 2021), and would like to watch the service in its entirety, without commentary (which is how I watched it).
God save The Queen. God bless the Royal Family. And deepest respect to His Royal Highness, The Prince Philip, Duke of Edinburgh. A long life, well-led, in devoted service to Queen, family, country, and Commonwealth. May he rest in peace, and rise in glory!
Note: For those who would just like the highlights, with (respectful) commentary, here is Prince Philip’s funeral: the key moments, from Sky News.​ 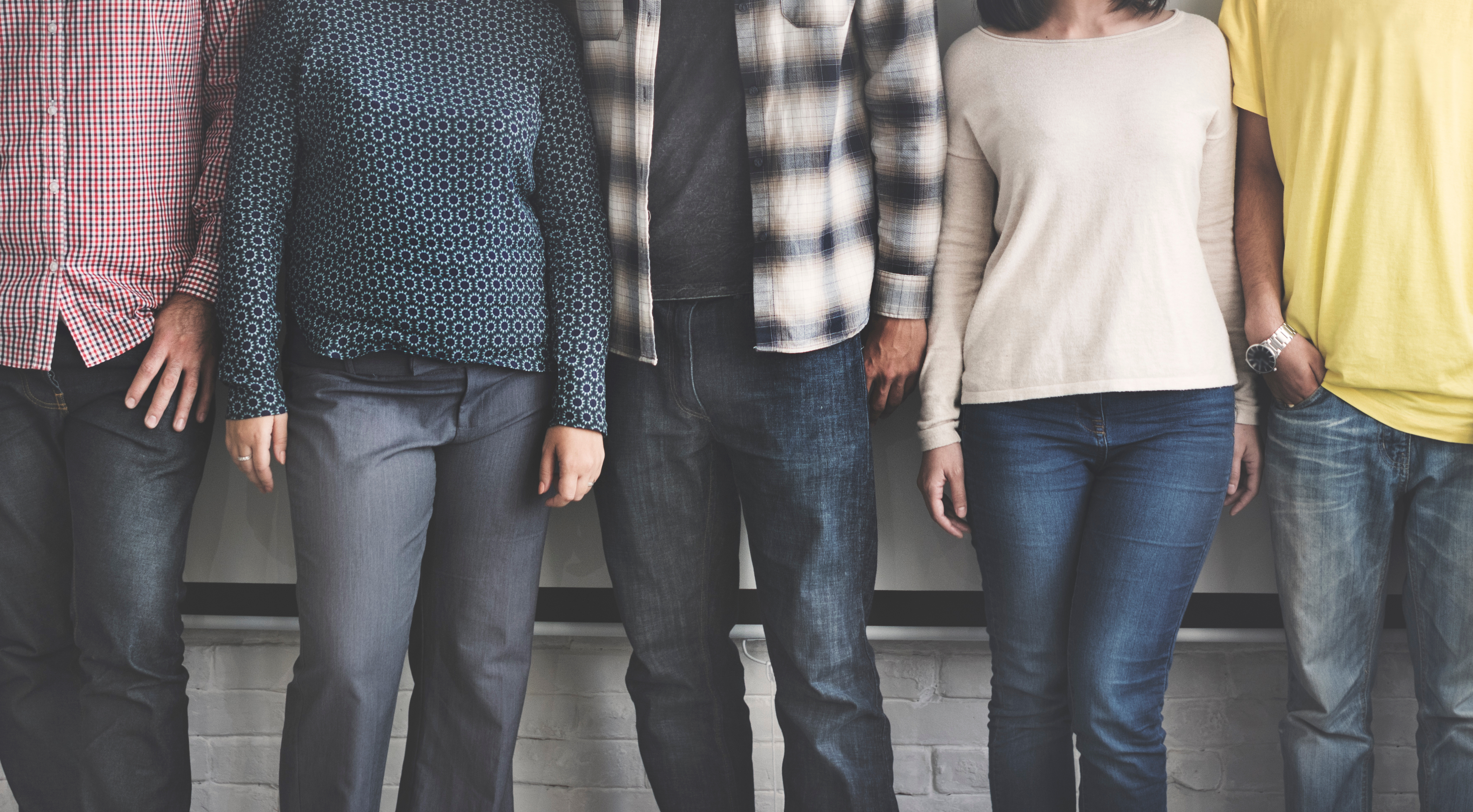 Interestingly, this essay (which I originally wrote as a Facebook “Note” more than 10 years ago) came across my FB “Memories” today – and I noticed it after I had made the decision to dress in a white Oxford-cloth button-down shirt and khaki slacks, despite it being Saturday, and me not going out to anywhere more formal than the local Aldi’s to get a few groceries!

One of those interesting little synchronicities that life sometimes throws at us. So needless to say, I still agree with it, and thought it would be worth sharing here:

A piece I linked to by conservative columnist George Will on what he considers the distressing ubiquity of denim [read, mark, learn, and inwardly digest!] has drawn some interesting commentary.

Although couched in language which could be interpreted as “classist,” by those so inclined, his main point is one I share: that clothes matter, in the sense that different dress is appropriate for different occasions, and that the sea of denim with which we’re surrounded often represents people who are unable or unwilling to make judgements about the suitability of their attire for the circumstances in which they find themselves.

In other words, people who are exhibiting a degree of cultural as well as sartorial immaturity, by selecting comfort and convenience above all other considerations.

Let me use myself for a case-in-point: I wear jeans a lot because, well, I work at Spoutwood Farm [this was written in 2009, when I was working as both work-and-learn and education coordinator for that community-supported agriculture farm], where they’re necessary, or at home, where convenience and comfort is in fact the major consideration.

But on Good Friday I decided to go to the evening service at my old Episcopal parish. Unfortunately, due to circumstances outside my control, I wasn’t able to get home to change out of jeans and a sweater into the slacks, tie, and blazer I had intended to wear. As a result, I felt distinctly under-dressed for the service, even though others were dressed as casually as I was. This isn’t something I felt imposed on me from without, it was my own sense of propriety which was bothered.

Some people these days, it seems to me, come with their sense of propriety permanently disabled. Comfort and convenience is the only criteria that gets used when making judgements about what to wear. And I find that a shame. I remember a judge of the Children’s Court in Westminster, MD, talking about the breakdown of what used to be called “courtroom decorum.” Used to be they kept a suit jacket available for those who couldn’t afford one of their own. Now they don’t even bother.

I know some would argue that this is a positive evolution, away from “stuffiness” and toward “authenticity.” I’m not sure I agree. I think that what my mom used to call “putting your best foot forward,” when it’s appropriate to do so, even if it’s not quite as comfortable or convenient as jeans and a t-shirt, is part of living up to our fullest and best human potential. “Authenticity” can readily become an excuse for whatever is easiest; complaints about “stuffiness” can become excuses for being unwilling to put forth the effort to do and be one’s best.

I’ll shut up now before I end up sounding like an even bigger stick in the mud, but even if matters aren’t as cut-and-dried as Will’s piece indicates, I continue to submit that clothing does matter, and the ubiquity of admittedly comfy and convenient denim sometimes (maybe often) does indicate a society which is, as I mentioned in posting the original link, willing and even eager to slouch its way to the lowest common denominator.

And even now, twelve years later – in fact, even more so now, when the situation is even more dire (back in 2009, “distressed” denim wasn’t really a “thing,” and neither was the tendency to wear lounge-wear everywhere… or at least, the latter was not as much of a thing as it is now) – I find that very much a shame. And that is putting it mildly!

Unless specifically stated to the contrary, the opinions expressed herein are solely those of the author, and do not represent the opinions, policies, or perspectives of any other person, religious organization, business, or other entity, particularly those of which I may be a member, or with which I may be associated.

The Anglophilic Anglican
Blog at WordPress.com.